Nehawu up in arms over ‘militarisation’ of UP campus

Nehawu denied it planned any protest action and warned UP to remove the barbed wire and extra security or face the consequences. 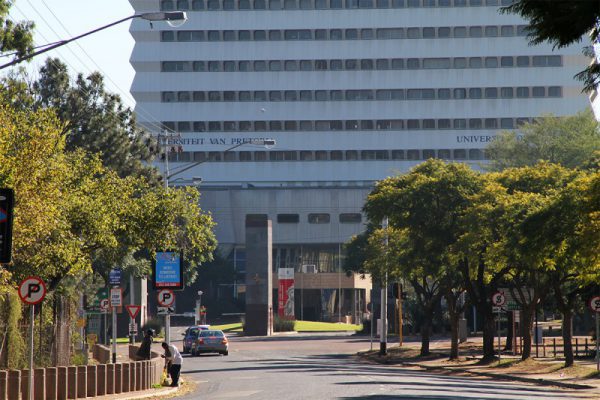 The University of Pretoria (UP) has allegedly started “militarising” its campus by installing barbed wire fencing in front of the main administration building and deploying extra private security guards in anticipation of  industrial action by the National Health Education & Allied Workers Union (Nehawu).

Nehawu has told university management to remove the barbed wire and to get rid of the extra guards, or face the consequences.

UP Nehawu chairperson Joseph Makasa denied they were planning protest action, saying they have not applied for permission for a strike or march.

He said the barbed wire was installed on Tuesday afternoon after their meeting regarding salaries for 2017 with the university management.

Makasa said their approximately 900 members were not happy with the actions by the university.

“These extra bouncers on campus make the staff feel as if something was going to happen.

“Some members want to know why there is only barbed wire in front of the administration building, as if only the lives of management are important and not the rest of the staff.

“We have not even considered industrial action yet, because we are still busy with salary negotiations,” he said.

Makasa warned that if the university did not remove the barbed wire, the union would do it.

ALSO READ: No decision yet on efforts to rescue boy from Ekurhuleni mine shaft

Makasa said the university had until Monday to come back with answers on their demands, which included a 10% increase across the board, a 100% 13th cheque and a 20% medical aid contribution increase from the university.

He warned that if the reaction of the university to their demands was not satisfactory, they would declare a dispute.

“We will then call a mass meeting with our members to inform them of our plans. Our first step would be to approach the CCMA and not to protest violently,” Makasa said.

In reaction to Nehawu’s claims, university spokesperson Rikus Delport said: “The University of Pretoria has become aware of threats of possible protest action by supporters of the #OutsourcingMustFall movement.

“The university takes these threats seriously and will do everything it possibly can to ensure the safety of students and staff.”

But Delport said the university would remove the extra security guards and barbed wire on Wednesday.

Some academics have said they were concerned about the cost of the private security and measures put in place in September.