The album will be released on Friday, and his fans can't wait to listen to it. 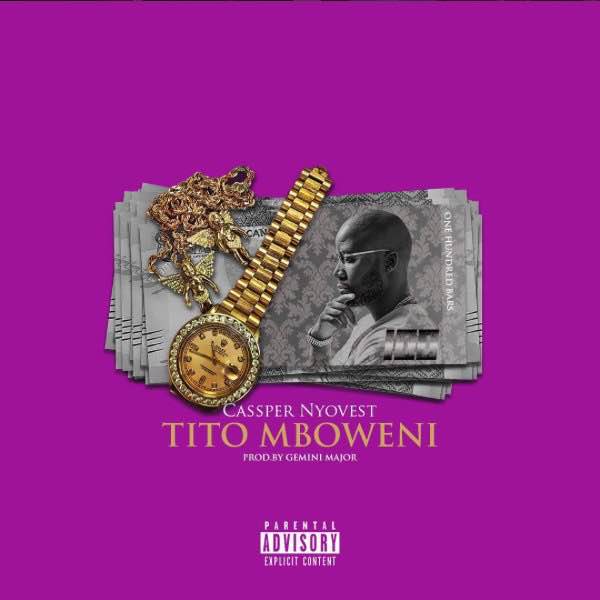 Cassper Nyovest in the cover of Tito Mboweni song.

There’s nothing more prestigious than having your name or image embedded on a bank note. Money is a symbol of power, and being on it means everyone wakes up every morning to toil so they can have some of that money.

Former Reserve Bank governor Tito Mboweni was the first South African black man to have his signature on our bank notes, and seeing an African name embedded on the money was an inspiration to many black people and a sign of how far the country has come. That inspiration still lingers in the hearts of South Africans  – young and old.

Rapper K.O, in hit track God’s Will featuring AKA, rapped about his apparent popularity, saying “If money talks, Nelson Mandela is my spokesperson,” a reference to Madiba being on our bank notes.

Now Rapper Cassper Nyovest is releasing an album titled Tito Mboweni, if you can believe it. Yep, Nyovest is taking his money-talks rap business all the way to the Reserve Bank now. He’s tired of just talking Bentleys and Gusheshes, he’s now dealing in places where the money talks, and it’s reserved. The album will be released on Friday, and his fans can’t wait to listen to it.

Before the album is released, though, Mboweni says he wants to talk about royalties. The jovial former governor jokingly asked EFF leader Julius Malema to interfere in negotiating royalties with the Phumakim hit maker – and Malema responded by saying “mandate accepted my Governor”.

“Young people having FUN using old people’s names. I love happy young people. Have fun sometimes. Things are far too depressing at times here. But Cassper Nyovest, there is something called royalties. So…,” wrote Mboweni.

#TitoMboweni dropping on iTunes in 2 days !!! This was My Mood when I heard the final Master!!! Get ready !!! pic.twitter.com/wVeAELmqWz

Ready to drop this heat!!! #TitoMboweni dropping tomorrow morning at 9am on iTunes!!! pic.twitter.com/CzQ3JBC4Nk