Mother of ‘kidnap’ baby in the dock

The child was found alive at about 4am yesterday morning. 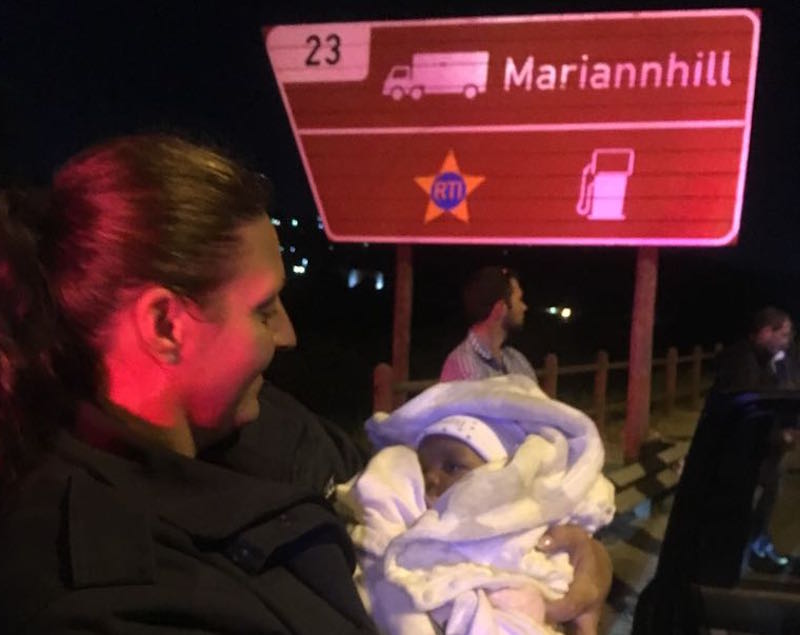 South Africans breathed a sigh of relief this weekend at the discovery of missing baby Siwaphiwe Mbambo, following what initially appeared to be a hijacking and kidnapping in Durban.

The mother of the month-old child will appear in the Durban Magistrate’s Court today.

She was arrested after inconsistencies in her interviews with police.

Two other people were also arrested by yesterday, and a special prosecutor has been appointed to work on the case.

The alleged kidnapping took place on Friday at a shopping centre, after Siwaphiwe’s mother was held at gunpoint and her car stolen with the baby inside.

The child was found alive at about 4am yesterday morning, after a vehicle was searched near the Mariannhill Toll Plaza.

Baby Mbambo’s biological father thanked everyone for the concern over his child, “My child is back,” Felokwakhe Mbambo told The Citizen.

According to police, the search for Siwaphiwe was supported by various law enforcement officers and concerned community members.

“On Friday […] the baby’s mother reported to the police that her Toyota Yaris had been hijacked with her one-month-old baby on the back seat when two men [allegedly] drove off,” Brigadier Sally de Beer said.

“The car was later found abandoned in Montclair with the baby and the nappy bag missing. The police search was intensified and further interviews were conducted with persons of interest. Too many inconsistencies emerged during the interviews, especially in terms of the initial reporting to the police on how the incident developed.”

The information gathered from interviews, said De Beer, became “critical in the setting up of a roadblock in Mariannhill”.

“A car was stopped by the police and the baby was found unharmed. The 34-year-old mother, another woman and a man have been arrested and are in custody.”

Support for GBV and abuse victims needs to be normalised, says expert
1 hour ago
1 hour ago

Support for GBV and abuse victims needs to be normalised, says expert
1 hour ago
1 hour ago