It is as if his statue ‘has been dumped here’. 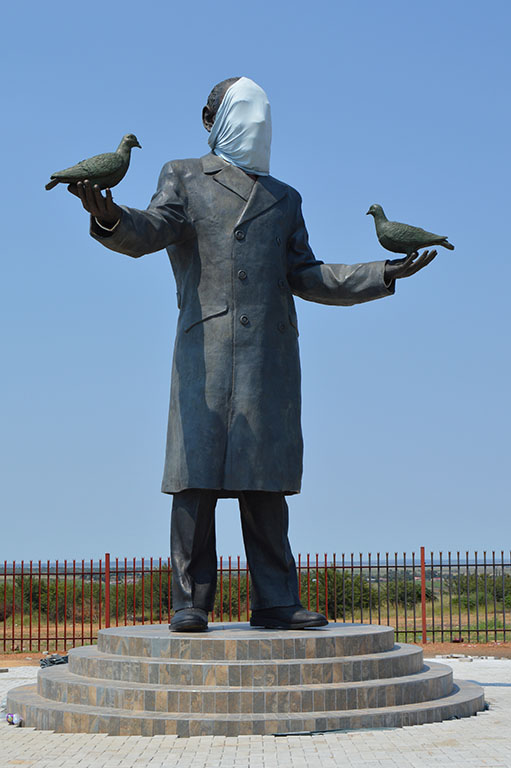 The statue of the anti-apartheid hero John Beaver (JB) Marks before its unveiling. Picture: Vicky Somniso-Abraham

The North West provincial government forged ahead with the unveiling of a statue worth almost R4 million of anti-apartheid hero John Beaver Marks (JB) over the weekend, despite a bid from his family to halt it, as well as protests staged in demand of better roads, clean water and job creation in Ventersdorp.

The statue was unveiled by North West premier Supra Mahumapelo. Ventersdorp municipality was merged with Tlokwe municipality and is currently known as North West 405 (NW405).

Apparently, it will be renamed after Marks. During the unveiling on Saturday, NW405 mayor Khotso Khumalo told the SABC the “statue will bring some everlasting peace to this municipality”.

“It will create other opportunities that will emanate out of many people coming to see the statue in the context of the hospitality industry.”

But community leader and former ANC member Khuduga Dibe,who has led the protests, said although the protesters are not trying to undermine the unveiling or contributions made by Marks to society, service delivery and job creation should be prioritised, instead of a statue.

“We find it irrelevant that Marks should have been brought to Ventersdorp, a place which is in a mess currently.

“He left Ventersdorp undeveloped under apartheid and without sustainable livelihood, except for farm work which was a living hell under (the late AWB leader ) Eugene Terre’Blanche.

“This is something that has not changed under the ANC-led government,” said Dibe. “If we were to honour Marks with the current population we would not have merged with Tlokwe, rather upgraded the municipality and named it after Marks, not this Mickey Mouse that they are doing currently.

“People are hungry and there are no services, but there is a statue worth millions of rands.

“We don’t have proper roads. Potholes are the order of the day. We don’t have water, we are drinking dirty water. Ventersdorp businesses are relocating because that money which has been spent on the statue should have been converted into championing the challenges of, in particular, service delivery and job creation,” said Dibe.

Based on the problems the community had undergone over the years, Dibe said the event was not an honour to Marks.

“If we think that we are honouring Marks by unveiling his statue in this small town, then we don’t know how to honour a hero. It’s like his statue has been dumped …

“It is totally wrong to put Marks’ name in this mess, unless they say it will solve the problems we are having here, but it does not,” said Dibe.

Moolman wanted the authorities to clarify who granted authorisation to effect the exhumation and repatriation of Marks’ remains, allegedly without the consent of the family of his late brother Benjamin.

On Friday, the NW405 community will stage a protest against corruption and demand service delivery. 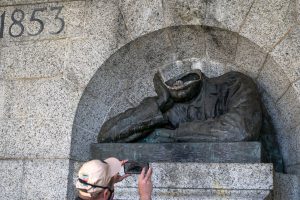 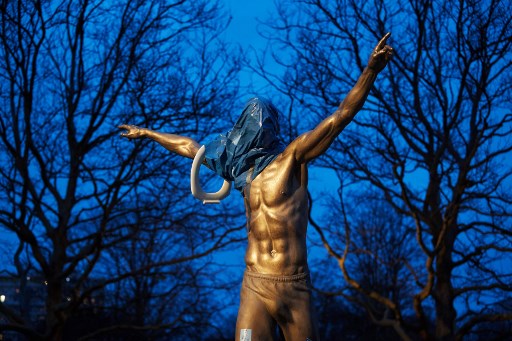 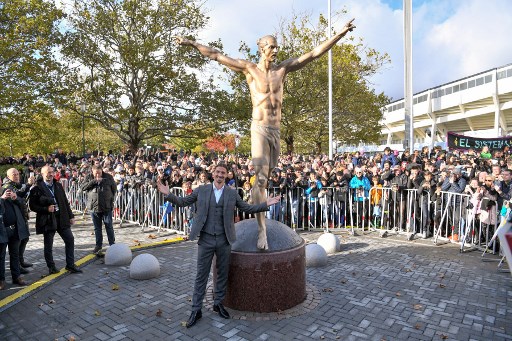