Inside the revolt against Zuma at Kathrada’s funeral

The struggle stalwart's funeral was marred with much controversy after President Zuma was barred from attending. 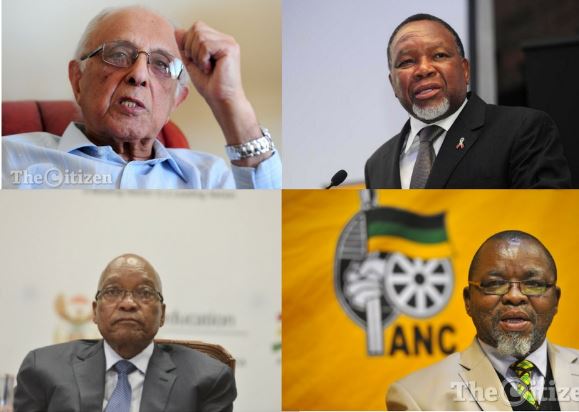 As African National Congress struggle stalwart Ahmed Kathrada was laid to rest in a moving ceremony at the Westpark Cemetary on Wednesday, various leaders used the opportunity to voice their discontent with the ruling party and its current leadership.

Kathrada died on Tuesday following a short illness.  He was 87 years old.

The main speaker at the funeral was former deputy president Kgalema Motlanthe who not only paid a moving tribute to Kathrada, but also read out a portion of the open letter the stalwart had penned to Zuma in 2016, imploring him to resign.

“Comrade Kathy took exception to the current culture of sordid feeding frenzy, moral corruption, societal depravity, political dissolution as well as the post-colonial culture of grossness and sleaze enveloping the human mind that would put to shame even some of the vilest political orders known to human history,” Motlanthe said.

Following Motlanthe’s reading of the letter, Timeslive reports that a group of mourners shouted ‘Phantsi, Zuma!’, an echo to Kathrada’s previous call for Zuma to step down.

Zuma was not present at the funeral, following a request by Kathrada’s family that he not attend.

Other speakers at ceremony included ANC secretary-general Gwede Mantashe, who praised Kathrada as an ‘incorruptible’ person, both in politics as well as personally.

According to another Timeslive report, Mantashe said the veteran was never one to let others down and despite his harsh words, was never deceitful.

Mantashe further spoke out on veterans’ rights to raise issues with the current leadership, but implored them to do so in private.

Speaking of the Zuma’s lack of response to Kathrada’s letter, Mantashe said there was no need for the president to respond, since it had already been published by newspapers and had received commentary from the public.

“It was published in newspapers, the public read it, people commented, that’s it,” he said.

When questioned on whether Kathrada was wrong to write an open letter to Zuma, Mantashe said there was no right or wrong in politics.