Plans are in place for mitigation measures and should Greater Knysna run out of water, tanks will be sent to different areas to allow people to collect water. 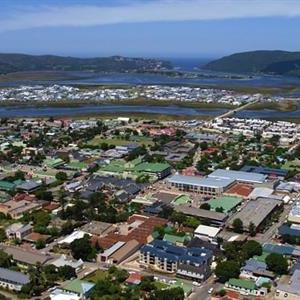 In the Knysna-Plett Herald edition of March 23, the Knysna municipality alluded to the possibility that, taking the town’s current water situation into consideration, Knysna could be declared a disaster area.

“The various departments and Eden District municipality have undertaken to offer as much support as possible to ensure that Greater Knysna does not reach level 4 water restrictions,” he said.

During a council meeting on March 23, the matter was discussed further. Council resolved to firstly note the report on the severe drought situation in the Knysna municipal area, secondly that the region be declared a disaster area in terms of Section 55 of the Disaster Management Act 57 of 2002, and lastly that the Eden District municipality be advised accordingly and that they be requested to support council’s decision in this regard.

At the time of going to print, Eden spokesperson Marillia Veldkornet said the query would be sent to the disaster management department for comment.

Commenting on the query as to what the status of “disaster area” would entail for Knysna, Douglas said: “It would allow the municipality to take extra measures, e.g. the reprioritisation and reallocation of resources and to request emergency funding or resources from provincial or national government.

As to policing the water restrictions, Douglas said that 27 “water ambassadors” are being employed to assist in this regard. He could not, however, provide a time frame for when Greater Knysna could expect to be officially declared a disaster area.

In conclusion, Douglas again urged residents to use less water. “Domestic consumers should target to use less than 15Kl of water per month, which is feasible,” he said.