No reasons were given for his axing, now former minister of tourism Derek Hanekom reveals. 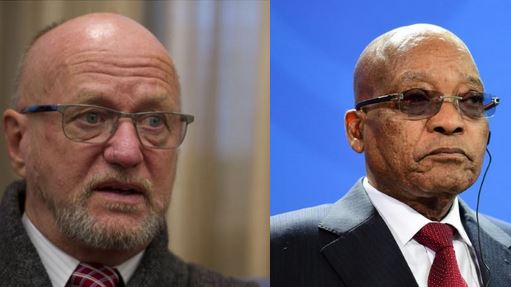 He was one of the leaders in the ANC who called for an urgent vote of no confidence in President Jacob Zuma and now it appears this has cost Hanekom him his job as minister of tourism.

Taking to Twitter after the much-speculated Cabinet reshuffle which eventually took place on Thursday evening, Hanekom said he too, like millions of South Africans, found out about his axing from his portfolio through a press statement released by the Presidency.

In the statement, Zuma confirmed that he had appointed Ms Tokozile Xasa as the new minister of tourism. Hanekom tweeted shortly after the release of the new ministers and deputies that he wasn’t informed of his axing.

No reasons given. I saw it on the media release. https://t.co/rEliUZ134p

Hanekom went on to tweet that he ‘was deeply concerned’ about what was happening in the ruling party and government. He added that he would not quit parliament but remain to hold Zuma and his administration accountable.

Thank you so much, but honestly, I am feeling as strong as ever. But deeply concerned about what is happening. https://t.co/zuLmo5M2Xx

Hanekom who is also the head of the ANC’s disciplinary committee, bravely tabled a motion of no confidence in Zuma last November.

The motion was set to prove that Zuma was an unfit leader based on the State of Capture report the then public protector Thuli Madonsela completed before her tenure ended.

In it, she found that Zuma had links to the Guptas that needed further questioning, particularly their role in deciding which ministers get hired and fired, and that former Eskom CEO Brian Molefe had visited the Guptas in Saxonwold on several occasions.

“There was a lot of lobbying even at lunch. The issue is that people can’t defend the indefensible. A lot of people didn’t attend, but some left because they didn’t want to be accused of having been a part of the cabal that removed Zuma. They didnt want to nail their colours to the mast,” an ANC leader said at the time.

Though the motion failed, it showed the deep divisions that exist within the ruling party and which have possibly been exacerbated by the Cabinet reshuffle, opposed by the SACP.

Cabinet reshuffle: Who’s in, who’s out