Dlamini confronted by ‘angry’ pensioners during visit to Soshanguve

Pensioners complained that people with epilepsy stood in the sun for long periods without being given water. 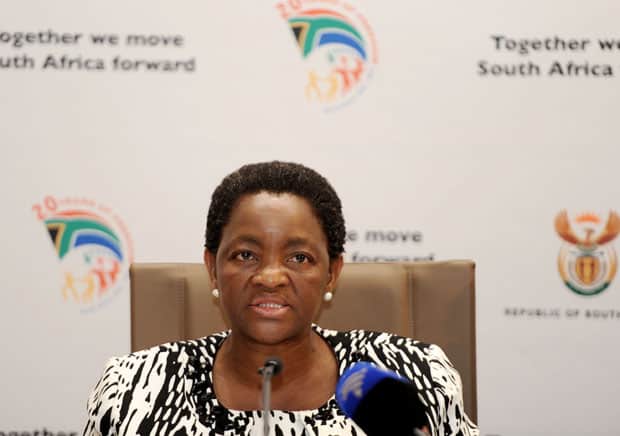 Social Development Minister Bathabile Dlamini was confronted by angry grant beneficiaries who complained about the way they are treated every month when they get to pay points.

This happened during the minister’s visit to Falala Community Hall (FCH) in Soshanguve Block F.

Pensioners complained that  people with epilepsy stood in the sun for long periods without being given water.

They demanded to know what happened to the agreement that they receive water at pay points since they always stood in long queues on hot days.

Even though they showed signs of excitement with the arrival of the minister, pensioners accused Sassa volunteers of bribery, stating that they took R20 from grant beneficiaries so they could get to the front of the queue.

Dlamini promised everything would be fine and she would ensure there was no corruption.

“We have agreed with all the parties involved that all the pay points must have the needs of pensioners in mind,” Dlamini said.

She added that they would arrange a meeting with all Sassa regional managers and remind them of the decisions they took. She stated that water and chairs would be provided soon.

“Our responsibility as social development is to ensure that our work focuses on human rights,” she said.

Pensioners were surprised how fast the service was on Tuesday and later demanded that the minister should pay them a surprise visit in order to see how bad the service at that pay point really was.

Dlamini apologised for the tension pensioners went through last month.

She ordered all pensioners to get rid of the green card because it often resulted in criminal activities.

“The green card is not a Sassa card, therefore you have to get rid of it,” she said.

Dlamini said she was pleased with the way things were been going since April 1 and said Sassa would pay out grants until the April 21.