The police also revealed that O’Sullivan was not present at the time of the raid in Sandton on Friday. 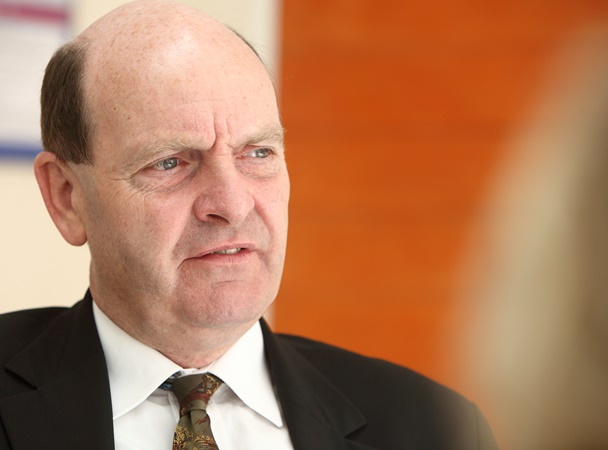 O’Sullivan is accused of extortion, intimidation, fraud and contravening section 33(5) of the Ipid Act. It is alleged he committed the offences at Sable Hills Waterfront Estate between November and December 2016.

The upmarket estate is the private residence of Phahlane.

Phahlane’s home was raided by Ipid investigators, based on charges brought by, among others, O’Sullivan.

According to police spokesperson Major-General Sally de Beer, O’Sullivan has already appeared in court together with his co-accused and his firm’s legal consultant, Sarah-Jane Trent. They were not taken into custody and the case was remanded to May 19.

The police also revealed that O’Sullivan was not present at the time of the raid in Sandton on Friday.

“The SAPS must emphasise that no individual is above the law and the police will continue to investigate without fear or favour,” said De Beer.

O’Sullivan is currently facing other charges in court that include kidnapping and contravening the Immigration Act.

The search and seizure warrant in Saturday Citizen’s possession accuses O’Sullivan of intimidating Chris Jooste, the Sable Hills Waterfront Estate manager, and Johan van der Walt, the security manager, by threatening them with imprisonment for refusing to hand over building plans for Phahlane’s house.

They allege O’Sullivan and another Ipid investigator took several cellphone photographs of the property, but never took the building plan. The warrant further states O’Sullivan questioned them on Phahlane’s security detail.

O’Sullivan apparently also e-mailed Jooste, demanding more electronic photographs of the layout of the floor plan on behalf of Ipid.

He allegedly carried out this electronic communication using his own private e-mail address. O’Sullivan later returned with Ipid investigators to serve Jooste with notice to provide information on Phahlane’s house.

On this count, police are also charging O’Sullivan with impersonating an Ipid investigator.

O’Sullivan, whose spats with the police can be traced back to the late Jackie Selebi, the former commissioner he investigated and helped to prosecute, also has a frosty relationship with both Phahlane and Hawks boss Berning Ntlemeza.