Despite this, Hawks head Berning Ntlemeza will still proceed with his bid to appeal the ruling on Wednesday. 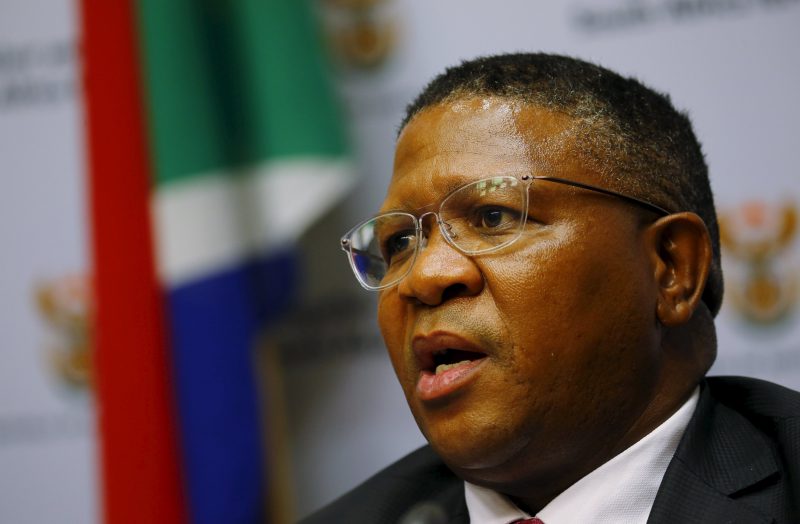 Newly appointed Police Minister Fikile Mbalula has withdrawn an application filed by his predecessor Nathi Nhleko for leave to appeal against a court ruling setting aside Nhleko’s decision to appoint Berning Ntlemeza as national head of the Hawks.

Helen Suzman Foundation Director Francis Antonie confirmed in a statement that Mbalula had withdrawn the application for leave to appeal initiated by Nhleko.

Ntlemeza will however, proceed on Wednesday with his bid to appeal the ruling, handed down by a full bench of the High Court in Pretoria on March 17.

The court will, at the same time hear a counter application by the Helen Suzman Foundation and Freedom Under Law for an order to enforce the judgment against Ntlemeza despite any possible pending appeals.

Nhleko earlier filed an application seeking leave to appeal against the High Court’s scathing judgment which set aside his decision to appoint Ntlemeza to the top post as unlawful and irrational.

The judgment followed an application by HSF and FUL which argued that Nhleko had ignored two judgments by Judge Elias Matojane who set aside Ntlemeza’s decision to suspend Gauteng Hawks head Shadrack Sibiya for his alleged involvement in the illegal rendition of a group of Zimbabweans in 2010.

The full bench found there was direct evidence that Ntlemeza lacked the requisite honesty, integrity and conscientious to occupy any position in public office, let alone one as important as the head of the Hawks.

If Ntlemeza’s application for leave to appeal succeeds, it would allow him to remain in his post pending the outcome of the appeal, but HSF and FUL launched their application to prevent this from happening.

The South African Police Union at the time harshly criticised the former police minister for his bid to appeal the Ntlemeza ruling, which they described as an abuse of the court process and a “dirty delaying tactic” to keep Ntlemeza in the post.