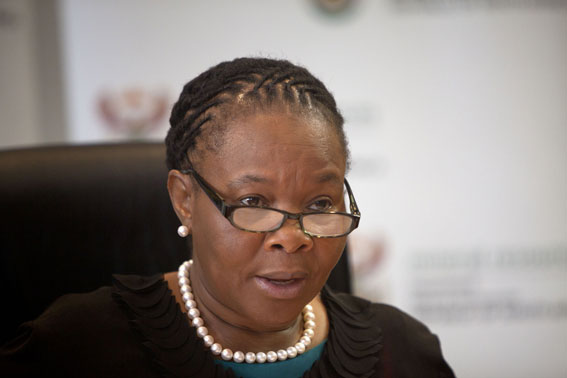 Minister of Women in the Presidency Susan Shabangu has called on mothers and grandmothers to attend the women’s imbizo in Soshanguve on Friday to discuss the challenges they face regarding social media.

Shabangu said the imbizo would be partnering with the Film and Publication Board (FPB), which has done research on digital streams of media distribution and consumption through social media that have gained popularity in South Africa.

Makhalemele further emphasised that pornography was spread on WhatsApp among teenagers, with Hammanskraal being popular for the “blesser/mavuso” phenomenon.

Shabangu added that internet access was itself a driver that popularised these trends, as it was now easily accessible through mobile devices.

The minister said the objective of the imbizo week was to give impetus to the 365 Days of Activism for No Violence Against Women and Children.

“We will be ensuring the sustainability of the campaign through work with partners like Sonke Gender Justice to bring on board the involvement of men as they contribute to the sexualisation of girls through the ‘blesser’ or ‘mavuso’ trends.

“This will also contribute to raising awareness on HIV infection amongst girls and young women between the ages of 14 and 24,” Shabangu said.

According to data from StatsSA, Tshwane showed that more than 51% of the population had access to the internet, the majority being the youth.

“In other research conducted by the FPB in four provinces, findings showed that the availability of smartphones among learners is 90%. So parents, teachers and guardians should be vigilant and are encouraged to monitor internet usage by youth in their care,” the minister said.

Shabangu encouraged parents to protect their children because the portrayal of children in pornographic images was illegal under SA law.

The imbizo will be held in Soshanguve’s KT Motubatse Hall and between 600 and 800 people are expected to attend.

Should you come across child pornography, please report it on www.prochild.org.za or call 0800-148-148.