SACP members have formed a picket line in Pretoria to send their message to National Treasury. 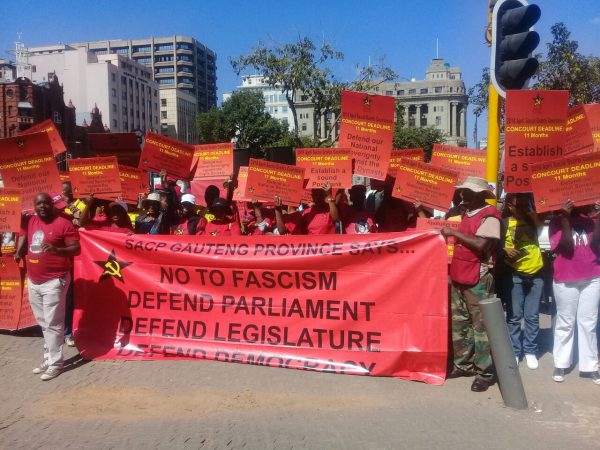 About 200 members of the South African Communist Party (SACP) in Gauteng gathered in Church Square on Friday to form a picket line sending their message to National Treasury. 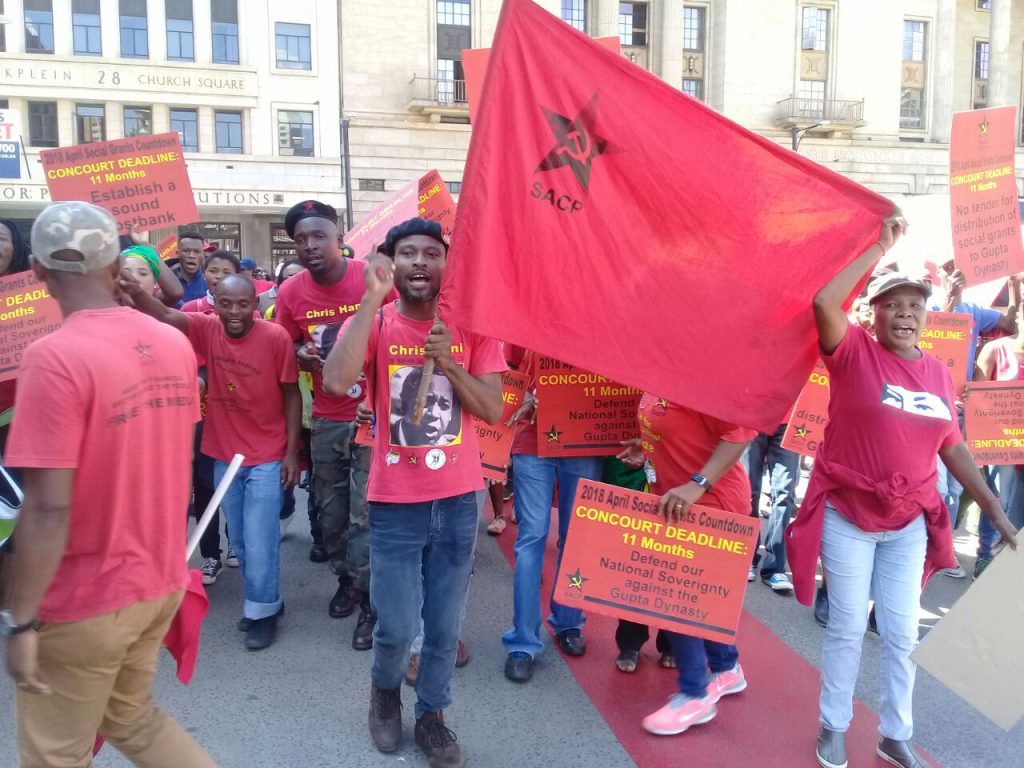 Gauteng MEC for the department of human settlements and co-operative governance and traditional affairs  Jacob Mamabolo said Minister of Finance Malusi Gigaba and the Treasury did not want to hear anything about them.

Mamabolo said they wanted to march last week but the Democratic Alliance government in Tshwane did not approve their much.

“They made it clear that they won’t receive our memorandum. We are going to picket here for 11 months,” he said.

He pointed out that South Africa had been declared “junk status” by two different ranting agencies after President Jacob Zuma reshuffled the Cabinet, firing then minister of finance Pravin Gordhan and his deputy, Mcebisi Jonas. Mamabolo dismissed claims of radical economical transformation, stating it was not possible when the country had been declared junk.

“You can’t do radical economic transformation of a junk economy,” he said.