This follows his press conference last week, where he defended his 90% local content rule and track record at the public broadcaster. 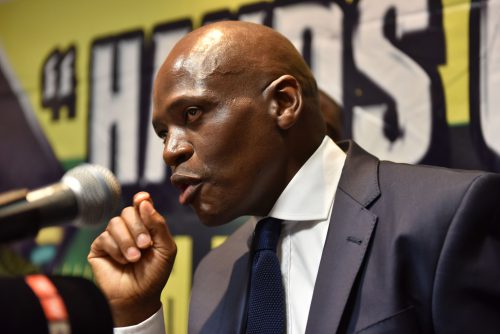 Former SABC COO Hlaudi Motsoeneng speaks at a media briefing, 19 April 2017 in Milpark, he was addressing outstanding matters in relation to policies including the 90% local content at the SABC. Picture: Tracy Lee Stark

Motsoeneng’s lawyer, Zola Majavu, said they received the letter on Friday and would respond to the SABC before the end of business on Monday, EWN reports.

“Once that has happened, we will leave it to the SABC board to then decide what it is that they want to do. For now, we are not going to enter the public frame about it, other than to confirm that he did receive the letter.

“I don’t know whether to make a charge sheet or not, but there was a letter which records steps the SABC intends taking,” Majavu was quoted as saying.