Nkozasana Dlamini-Zuma, however, needed to be protected, as he had seen the threats himself. 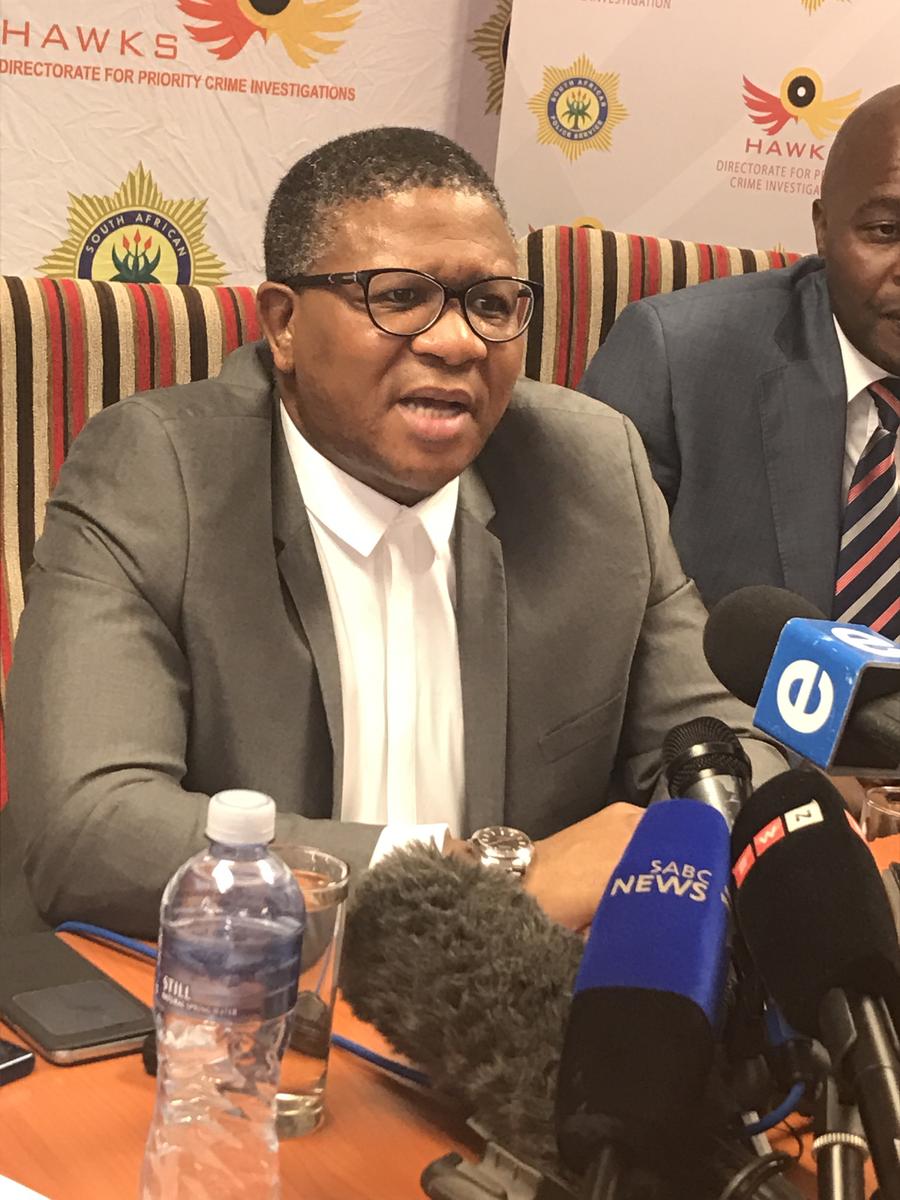 Mbaula said the minister had not reported any death threats to the police. He said by being minister she was enjoying the police protection anyway.

“I don’t know a police station called ‘media’. She must call me.

“The minister cannot be threatened because she wants to become the president. ANC branches must decide,” he said.

“People can’t be protected for their aspirations.  If she reports, the minister will act accordingly. The protection depends on the nature of the threat.”

He said Nkosazana Dlamini-Zuma, however, needed to be protected because he had seen the threats himself.

He further accused former Hawks boss Berning Ntlemeza of being involved with a rogue unit operation from safe houses.

“General [Berning)] Ntlemeza and all your rogue elements masquerading as intelligent officers doing rogue things working in safe houses to take against the minister of police, I am coming for you!”

Mbalula said he was not a fool.

“Those who obey him and his orders are doing illegal operations. We cannot allow rogue police officers using state resources,” he added, referring to Ntlemeza, who has not yet returned all the property belonging to the state.

“There is a new sheriff in town. We are not chasing innocent ministers in safe houses,” he said.

Mbalula said he is not at war with anybody.

“What belongs to the law must be retrieved. In terms of the car, before I left [the Hawks headquarters] yesterday it was returned. I was not aware that he still has a cellphone.”

He said Ntlemeza is not allowed to wipe any data from the state cellphone, and that it was illegal, and it belonged to the state.

He said if Ntlemeza was not going to return state property peacefully, he would retrieve it forcefully.

“If it means I must send the task force because he is armed and dangerous, I will do it. I can sanction that now.

“He is not above the law, and he should respect that. I have actually been patient and acting in a civilised manner and respecting him,” he said.

“The law will never be fair to me if I am acting in an illiterate manner. Law, illiterates, scholars and voodoo lawyers, you can entertain them.

“If Ntlemeza’s lawyer is looking for me, I am here at the police college,” Mbalula said.

According to Mbalula, he was going to act on those rogue elements very soon, but would broadcast it now.

“I owe Ntlemeza nothing. He never did me any favour, and I owe no policeman a favour.”

“I am not an easy victim. I am not a child, I am the minister of police. We cannot use the state as rogue to settle political issues,” he said.

“We deal with serious security issues. Look at my hair, I need to go black,” he said jokingly.

He said only the ANC could tell him he was out of line.