Chiefs may have been drubbed by Cape Town City, but a fan scored too Natasha Malgas reacts with surprise as boyfriend Matthew von Meyer von Meyer goes down on one knee at half time during City-Chiefs game to propose in the middle of Cape Town stadium pitch. Credit: BackPagePix

Kaizer Chiefs may have lost to Cape Town City on Wednesday night, but one of its ardent Cape Town supporters scored big time. And his goal may lead to marital bliss.

Matthew von Meyer put a show-stopping performance of his own during half-time by kneeling to propose to his long-time girlfriend, Natasha Malgas, at Cape Town stadium.

To the delight of both Cape Town City and Kaizer Chiefs fans, Malgas accepted the proposal.

Von Meyer has reportedly been planning the surprise, as both he and Malgas are soccer fanatics. The Times reports that Von Meyer first asked for Malgas parents for their blessings, and they warned him “be careful that she doesn’t faint”. She did not, and she is quoted as saying: “I was speechless when he went down on one knee. I froze. Even now it hasn’t sunk in.”

The couple met at University of the Western Cape, and in the early stages of their relationship, they had remote control wars whenever Chiefs was playing. Malgas decided to end the feuds by supporting Amakhosi. 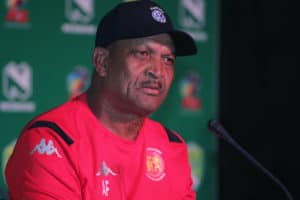 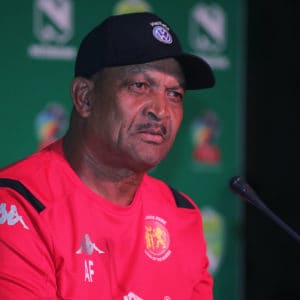 Richards Bay will take the playoff points, but would have liked to play
6 months ago
6 months ago

Richards Bay will take the playoff points, but would have liked to play
6 months ago
6 months ago