Stop bullying us and lying to the public, CHE tells lawyers association

Law Society of South Africa is accusing Council on Higher Education of excluding it in from LLB review process. The Council says the lawyers' professional body is lying. 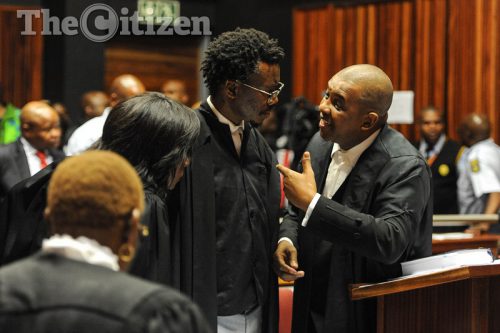 A row has erupted between Council on Higher Education (CHE) and Law Society of South Africa (LSSA), and the Council is threatening to delay the review of the Legum Baccalaureus, Bachelor of Laws (LLB) curriculum.

The source of the spat is LSSA’s insistence that CHE has excluded the legal profession in the review. “We deem it critical for attorneys’ profession to ensure that law degrees are effectively prepared to enter the profession and to serve the public professionally. It is also critical that law students currently in the system are assured of the relevance and practicality of their degrees,” says LSSA co-chairpersons Walid Brown and David Bekker.

LSSA is also aggrieved by CHE publishing the outcomes of its review of LLB degrees in April. The lawyers professional body claims the last time it was consulted was in 2015. It concedes, though, it was consulted during the standards-drafting process in 2013. In June 2013 LSSA issued a joint press statement with South African Law Deans Association and General Council of the Bar. They “welcomed the positive spirit” by all stakeholders who attended LLB Summit in Kempton Park.

LSSA is, however, arguing that “the profession has not been consulted on the review process itself”. The professional body said it made extensive submissions relating to legal subjects and skills areas and their views were largely covered in the final standards document. The co-chairpersons are denying that LSSA is prescribing or interfering, but are simply concerned that the law curriculum is relevant to the market dynamics and also reflects changes such as technology and decolonisation.

LSSA further explained that the reason for the initial summit was because the legal profession had identified certain deficiencies in the way candidate attorneys had been trained at tertiary level. These include literacy, numeracy and crossing the divide between the substantive matter and its practical application. “When it comes to a review of the tertiary institutions ability to present candidates who are ready for practical vocational training, it would make logical sense to include the profession in that process,” the co-chairpersons say.

But according to Olivia Mokgatle, National Standards and Reviews director at CHE, LSSA is being economical with the truth. “Generally I am weary of the media and don’t want to escalate this matter by providing you with evidence that you will show you they were attending meetings and the matters we discussed. What they are not telling you is that they want to evaluate students individual reports from different universities. We don’t agree with that. It’s not their competency.”

“For subsequent national review of LLB and composition of review panels, CHE invited stakeholders to submit nominations for the appointment of expert peer-review panel members,” Mokgatle says. Mokgatle also highlighted how a retired Constitutional Court judge was co-opted into the National Standards and Reviews Committee. This committee, she says, makes recommendations on accreditation to Higher Education Quality Committee (HEQC).

According to CHE, the general findings and outcomes of the LLB review on the national state of undergraduate legal education, distilled from specific institutional reports, will be published for the public. Interested parties, including LSSA, will be able to submit comments on the draft report before it is finalised. “The legal profession, including LSSA, will have an opportunity to distill from the national report, matters needing attention, and in consultation South African Laws Deans Association (SALDA) may the way forward,” Mokgatle explains.

Mokgatle is also cautioning LSSA to make a distinction between a set of threshold requirements that must be complied with, “standards”, and “standardising” content and curricula designed by autonomous institutions. “The latter is not the function of the National Standard,” she quips. “The goal of the Standard is to ensure that all parties have knowledge of the benchmark expected of a programme for accreditation and re-accreditation,” an exasperated Mokgatle told Citizen on email.

Among a raft of proposals CHE has received, stakeholders are proposing that the current undergraduate LLB degree be extended to five years, and upon successful completion, students be able to gain automatic entry into LLM.