Brace for a chilly spell

Residents in Gauteng can also expect rain this weekend. 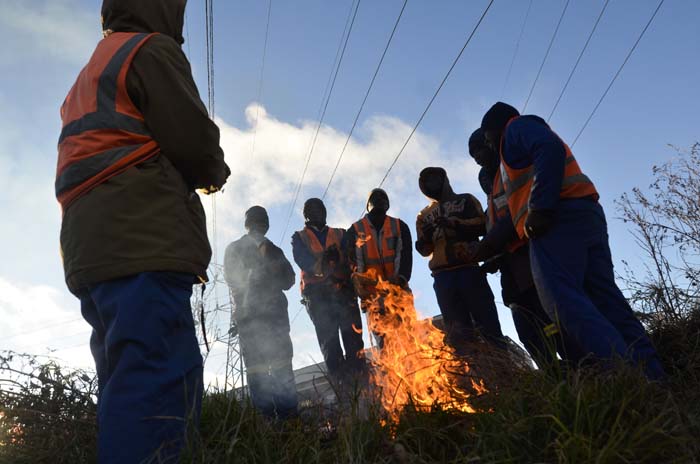 Various parts of the country should brace for a significant drop in daytime temperatures starting from tomorrow, the SA Weather Service warned yesterday.

Speaking to The Citizen, forecaster Mbhavi Maliage said temperatures in Gauteng are expected to start dropping from early tomorrow.

While maximums in the province are set to hover around the 25°C mark, a big drop is expected on Saturday . Pretoria is expected to only reach highs of 17°C, while Johannesburg and Vereeniging will peak at highs of between 15°C and 16°C respectively.

Early mornings and late evenings are also expected to be cold as minimum temperatures drop to between 4°C and 7°C on Saturday and 3°C on Sunday.

Maliage said residents in Gauteng can also expect rain this weekend. There is a 30% chance of rain tomorrow and an increased chance to 60% on Saturday.

The rain forecast follows weeks of dry and moderate weather after the torrential rains witnessed early this year, which also brought relief by increasing dam levels which had dwindled significantly towards the end of last year.

The only province which is in dire need of rain at the moment is the Western Cape, which normally receives most of its precipitation during the winter season.

Elsewhere, the cold front that swept through the southern parts of the country last night is expected to move towards the Eastern Cape tomorrow.

“We expect light snowfalls over the Drakensberg,” said Maliage.

She said the outlook was for above normal temperatures in the coming weeks, which means there is a likelihood that winter will not be too cold.