The whistleblower says she is glad she once handed Ramatlhodi a case of Indian businessmen trying to 'steal' a mine from a consortium of women in Northern Cape. 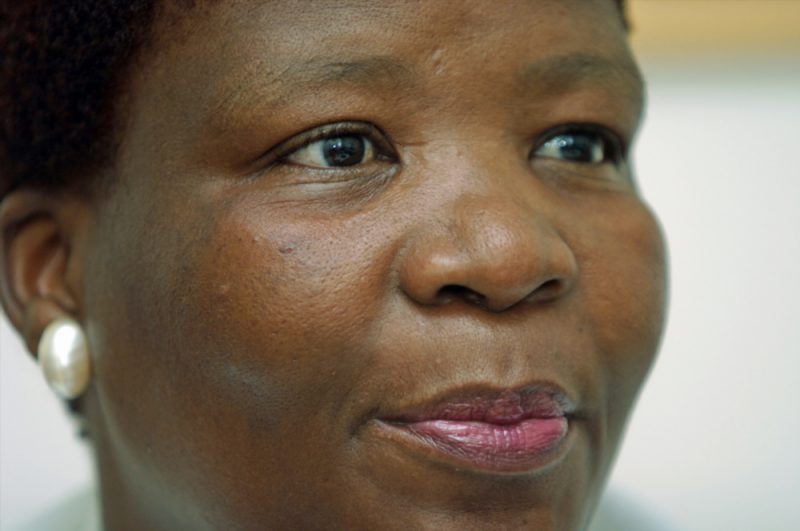 Vytjie Mentor is not at all surprised by Advocate Ngoako Ramatlhodi’s latest explosive revelations about being pressured to squeeze Glencore out of business. In fact, she believes Ramatlhodi was being diplomatic about the events leading to his reshuffle. She then promptly supplements the details.

“I would bravely say to you Zuma selection criteria of ministers in the first term was to pick angry Cabinet minister who had nothing to lose. I call them ‘Polokwane gang’,” she began her exposé.

Mentor believes the difference between Mbeki and Zuma is that “Mbeki was somebody who took his office seriously. As we all know him, he is a man of a few words, and he is action-oriented. He wouldn’t appoint a minister if he thought there was something wrong with them. He rarely reshuffled them because he applied his mind”. She then hinted that there could be more reshuffles.

She boldly stated that Ramatlhodi, who had recently lost Limpopo premiership when Zuma came into power, was a member of  a “gang of Polokwane”. But within that group, “there were some people who maintained their principles. I have strong belief is that he is one of those members”, she said.

During her tenure as chairperson of portfolio committee on public enterprises, Mentor was handed a file by a consortium of women who owned a manganese mine in the Northern Cape. “I had a meeting with Ramatlhodi, who was deputy minister at the time. The issue at hand here was that an Indian group of business people with connections to Tata wanted to steal their mine,” she revealed.

The reason for settling on Ramatlhodi, as opposed to any other member of the ‘Polokwane gang’, was that she felt the women would be safer with him. “The long and short of is that those women eventually got a raw deal. I only realised after the fact that he was up against a big thing, the Guptas, Aurora.”

When it appeared as if Ramatlhodi was failing to resolve the matter, Mentor said “for a few months, I wondered and watched him from a distance. Since the day I was taken to that house in Saxonwold. I went and searched and did my homework and searched around him. I must tell you that I did not find anything wrong with him”, adding that reassured her of her original view of him.

Although Mentor had not yet read the full amaBhungane article (”I read the first paragraph, as my sister is undergoing operation”) she is adamant he is being entirely truthful. “I believe him when he said he refused. People who worked closely with [Oliver Reginald] Tambo, [Thabo] Mbeki and [Joel] Netshithenze, I would be surprised if anyone close to Tambo would do such things,” she said.

“I am happy that this part of Glencore things are coming. We were not happy with the 42 days supply of coal as the committee. We wanted to raise to 60. We were saying there is something wrong with the contract. There were many other issue we raised with parliament,” she continued.

Mentor then turned her focus to Denel Asia’s joint venture between VR Laser Asia and Denel. In the beginning of May, there were speculations that the joint venture had been canned by Finance Minister Malusi Gigaba.

“I raised an alarm to say that IDC is giving money for free to form a company that now becomes a Denel VSR laser and rides on international credibility of Denel. This company comes here and gets R10-billion contract for cutting steel for defence vehicles. They were paid upfront. I also questioned why Cabinet was facilitating buying of mines for free for the Guptas at the time,” she explained.

She said when it appeared she was a lone voice in parliament, she handed a file of evidence to the president, Cabinet and NPA. “To my surprise, they are sitting on those files,” she added.

Mentor is extremely skeptical of Gigaba, the finance minister. She simply does not trust him.

“They got everything they wanted. It is trading internationally. It has R10 billion. Oakbay has no experience in arms manufacturing. Denel is giving away our IP and our money. They have effectively doing work for VRS laser that is turning them into blue-collar workers for the Guptas.”

Mentor also informed The Citizen her book could hit the shelves anytime soon.