Abrahams says NPA has no vendetta against Pravin Gordhan

The chief state prosecutor says there is no evidence to prove the public prosecutions body is captured. 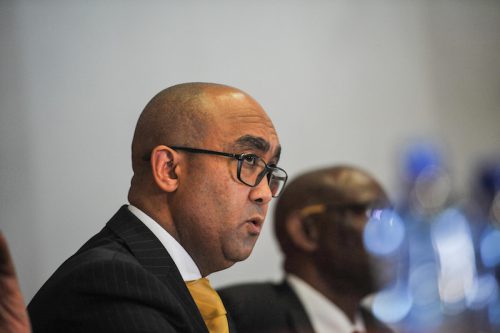 National Prosecuting Authority (NPA) boss Advocate Shaun Abrahams has once again denied he was “captured”, saying there was never a vendetta against Pravin Gordhan after the botched prosecution of the former finance minister on fraud charges last year.

Briefing parliament’s standing committee on public accounts on Tuesday, the chief state prosecutor said there was no evidence to prove the public prosecutions body was acting under the influence of political leaders when it prosecuted Gordhan, Business Day reported.

The NPA dropped the controversial fraud charges questioned by legal pundits against Gordhan, along with former SA Revenue Service (Sars) officials Oupa Magashula and his then deputy, Ivan Pillay, in October last year.

According to the report, Abrahams and acting Hawks head Yolisa Matakata were briefing MPs about cases being handled by the anti-corruption task team. The interdepartmental body – made up of NPA, Hawks and Sars – was established in 2010 to accelerate high-priority and high-profile corruption cases.

The task team is probing Eskom’s coal-supply contract with Gupta-controlled Tegeta Exploration and Resources. There is also a Treasury review of the contract.

Abrahams was grilled by MPs on investigations regarding cases referred by former public protector Thuli Madonsela to the NPA and the Hawks relating to her State of Capture report. He said probes were still continuing, but could not provide in-depth information.