Netshitenzhe tables motion of no confidence in Zuma at NEC meeting

The NEC member reportedly led the charge in calling for Zuma’s removal during the meeting on Saturday. 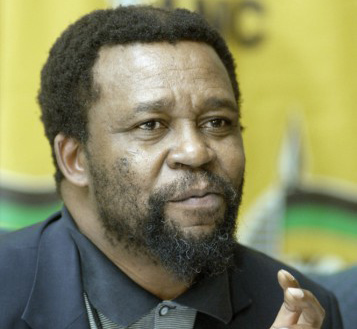 Another motion of no confidence in President Jacob Zuma was reportedly tabled at a meeting of the African National Congress’ national executive committee (NEC) in Pretoria on Saturday.

News24 reported that according to four sources with direct knowledge of events inside the closed meeting at Saint George’s Hotel, NEC member Joel Netshitenzhe tabled the motion for Zuma to step down.

The structure’s members who supported Netshitenzhe were Health Minister Aaron Motsoaledi, his deputy Joe Phaahla and fired tourism minister Derek Hanekom, according to the report.

Netshitenzhe apparently argued that the case against Zuma had “worsened” since Hanekom’s call in November last year for Zuma to be removed from power. The news website also reported there was a long list of speakers for and against the motion.

Hanekom is said to have cited Zuma’s much-criticised midnight Cabinet reshuffle in March, which saw Pravin Gordhan and Mcebisi Jonas removed from the finance ministry, and the country being downgraded to junk status by two global ratings agencies, as well as the public protector’s State of Capture report.

The NEC meeting was expected to continue on Sunday after an early adjournment on Saturday evening, News24 reported.

Calls for Zuma’s recall not discussed by NEC, but ‘nothing’s off-limits’ – Mantashe