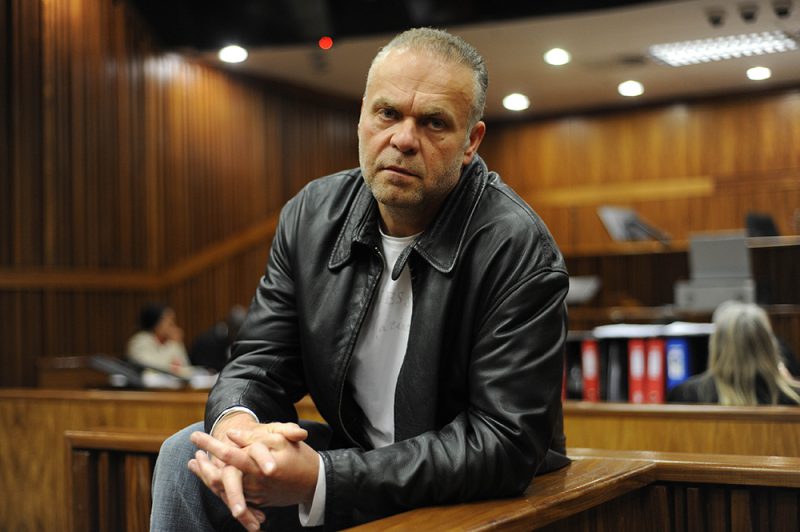 If it’s not the Hawks making life difficult for Radovan Krejcir, it’s scorpions and rats in his “basement” solitary confinement cell at Kgosi Mampuru II Prison in Pretoria.

At least, that’s what he is complaining about to the department of correctional services (DCS) in a litany of complaints levelled against his jailers.

In an email addressed to the DCS from the Krejcir family email address – currently believed to be in Krejcir’s home country the Czech Republic – the family complains about a scorpion Krejcir found in his “basement” cell.

“Krejcir managed to avoid the scorpion stinging him, and managed to catch the scorpion as evidence, as it now seems that scorpions are invading his cell along with the rodent plague which he still has,” the email states.

“There has been absolutely no change in his inhumane prison conditions, and to make this matter even more serious and concerning is the fact that one of Krejcir’s fundamental complaints was the lack of medical care if and when he needs same,” the family says.

DCS spokesperson Logan Maistry confirmed the department had received correspondence from Krejcir’s family through the office of the inspecting judge, and had addressed the family’s concerns.

Maistry said the area commissioner of “the relevant centre where the said inmate is held” had stated allegations of human rights abuses were unfounded.

“The said offender has been placed in a single cell, in line with his security classification. When inmates are placed in single cells for security reasons, it is to ensure maximum safety and security through close monitoring,” said Maistry.

“The claims that he is being victimised are unsubstantiated.”

Maistry said records showed Krejcir had visited the prison clinic on a number of occasions.

“He was examined by the doctor more than five times between March and May 2017, with the last consultation taking place on May 9. Therefore, the allegation that he is deprived of medical care is unsupported,” Maistry said.

“When the allegations of an infestation of scorpions and rodents where brought to our attention, pest control service providers dealt with the matter accordingly and, since then, no further complaints were received.”

Krejcir is one of four people currently on trial in the High Court in Johannesburg on charges of conspiracy to commit murder and possession of an unlicensed firearm and ammunition.