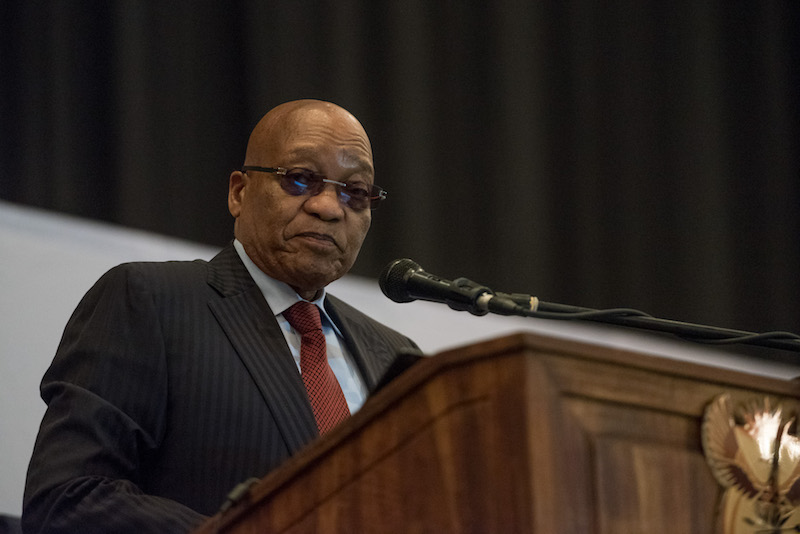 There is nothing wrong with the country’s parliament, but some of its members are “drugged by propaganda”, according to President Jacob Zuma.

His remark came yesterday after opposition MPs boycotted his reply to the budget speech he delivered earlier in the week.

Zuma said South Africa was not on a road to becoming a “failed state”.

“You need to free yourself from your party’s propaganda and honestly check the country’s progress.

“By the way, this is part of the problem. People who are elected to be in parliament to debate and make laws don’t come to parliament … they don’t want to hear the response. That tells you they are trapped and hooked by their own propaganda world. What are the people who voted for them saying? Even in the debate, they can’t argue. All they do is to hurl insults,” Zuma said to resounding applause from ANC MPs.

In contrast to his demeanour in previous sittings, Zuma appeared calm yesterday while cracking a few jokes, despite the latest #GuptaLeak emails.

As he started his response, Zuma was greeted by empty seats, mostly on the opposition benches.

The Economic Freedom Fighters, Congress of the People and the Democratic Alliance decided to boycott yesterday’s sitting.

The president spent a lot of time laughing, reiterating the fact that he loves laughing.

But he got serious when he said: “There has been a pile of allegations without facts. Some in the opposition use newspaper articles to go to court.”

He said that throughout his life, he had never seen an opposition party praising another opposition.

“This is funny … lately when they talk, they talk about the ANC and its former leaders and never tell us about their own policies. They have no ancestor to quote … this is a strange phenomenon. Where are the Verwoerds and others, quote them,” Zuma said.

He said he had never been racist and would never be racist, but stressed that did not mean he should not correct the wrongs from the past.

“There is a reality that there are some who robbed others of their belongings and left them poor … all I’m saying is that let us not fight, let us talk. You can’t have a situation where people have land, not knowing what to do with it, while others don’t even have a hectare,” Zuma said.

“We also don’t agree with people who say let us grab the land,” he said.

Earlier in the day, DA leader Mmusi Maimane tweeted: “Today Zuma will be reading the speech president Gupta gave him to read. We won’t dignify a shadow state with our presence.”