The only part of the house left is the garage. 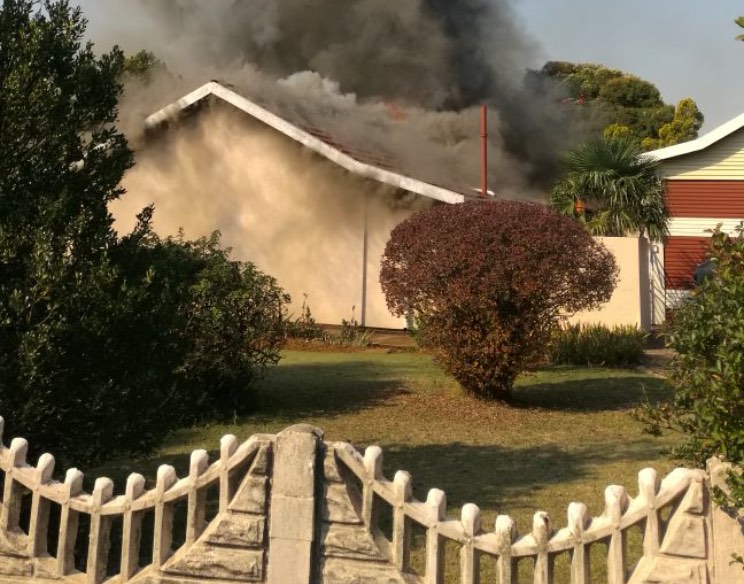 It is believed a gas bottle exploded and set the house alight.

A Bonaero Park, Ekurhuleni, woman in her seventies was rushed to hospital after suffering burns when a gas bottle exploded and set her house alight on Friday afternoon.

A neighbour told Kempton Express the woman, who was living alone on Malpensa Road, suffered burns trying to salvage some valuables and save her dog.

“This woman is really having bad luck. Last year she was renovating her house and a wall fell on her,” said Vonita Viljoen of the CPF Sector Six.

“Craig, the woman’s neighbour, saved her life when he dragged her away from the house as she was trying to go inside. He took it upon himself to save the woman’s dog. The dog is safe and in the care of Craig,” Viljoen said.

“This woman lost everything in this massive fire. The only part of the house left is the garage. What is also sad about this whole thing is that the house was for sale.”

Kerry Field, another neighbour, said: “As neighbours we tried to salvage some of her valuables but there was really not much to save except a photo album that did not burn.”