Malema: The ANC behaves like an abusive spouse towards SA

Malema says the ANC has used the role it played in liberating SA as a fallback answer to everything because it has lost the plot. 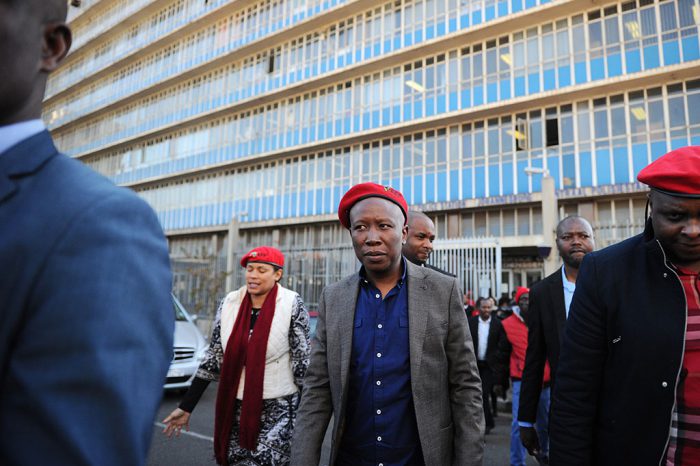 EFF CIC Julius Malema has compared the ruling party to an abusive spouse with their stock retort to South Africans – that the ANC liberated the country from the shackles of apartheid and can’t be criticised.

Addressing the South African Property Owners Association convention in Cape Town, Malema told property heavyweights those of them still investing in the ANC didn’t deserve to be called property investors because the ANC “will die a natural death”.

“If you don’t believe me go to Mugabe. They are like abusive partners. ‘I made you and if you leave this house you are in trouble’,” he said.

He said this abusive pattern had manifested itself through public statements where the party shut down debates by reminding opposition leaders that they were able to speak freely today because the ANC liberated them.

Recently, Free State premier Ace Magashule said at a ruling party’s rally the DA leader, Mmusi Maimane, could thank the ANC for creating an enabling environment for him to marry a white wife.

Magashule told his supporters in Sasolburg: “He [Maimane] arrived now when things were fine. That even if he wanted to propose to a white person, he does so freely. Freedom of association … of movement … of everything. We’ve made things possible for him. And he claims to be a brave man now.”

Malema further said this abusive behaviour also included the ANC telling its opponents they were “ungrateful” because they are clueless about how to govern because “they don’t know [anything else] beyond liberation”.