The president told MPs the mining minister had consulted Cabinet before releasing the charter. 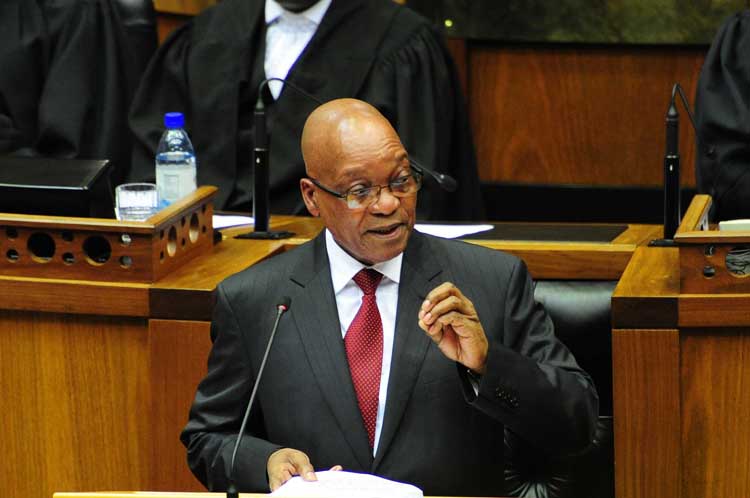 Amswering a question from DA leader Mmusi Maimane in parliament on whether he endorses the “current version of the [Mining] Charter released by the minister from Saxonwold”, President Jacob Zuma told MPs he agreed with it in its totality.

Zuma was in parliament answering questions from MPs of various political parties.

Before Zuma could respond, National Assembly speaker Baleka Mbete ordered Maimane to withdraw his comment that Mining Minister Mosebenzi Zwane was from Saxonwold.

“I believe firstly the minister [Zwane] gave the briefing and consultation and what the minister is doing has been approved by Cabinet. We have said we need to do something to change the economy, to ignite the economy. We could not stay the same with mining.

“There have been booms and decline of the economy. There has been a visible change in mining as a key sector of the economy in this country. There is nothing new, and we couldn’t wait. How do we change the manner in which the ownership of mining is? We needed to open it to new players,” Zuma said.

More corruption charges could be on the cards for Magashule - report
5 days ago
5 days ago
PREMIUM!

More corruption charges could be on the cards for Magashule - report
5 days ago
5 days ago
PREMIUM!