There are also plans in place to redesign the promenade. The storm water outflow at Thompson's Bay collapsed and has yet to be repaired. Picture: North Coast Courier

The Dolphin Coast is renowned for its golden beaches that draw thousands of visitors every year, but these beaches need to be maintained if they are to stay this way and the infrastructure at some of them leave much to be desired, reports the North Coast Courier.

Willard Beach in Ballito recently played host to the world-famous Ballito Pro and spectators flocking to the beach will have noticed the crumbling state of the emergency ramp leading on to the beach.

Until it is repaired, emergency services will struggle to gain access to Willard Beach with their vehicles.

Of course, one broken ramp is nothing to compare to Thompson’s Bay, where crumbling cement has left the landing at the bottom of the stairway collapsing and posing a serious danger to beachgoers, especially children.

The cement is collapsing together with the embankment above the beach, leaving a dangerous overhang under which children are playing and on which visitors may accidentally walk.

“I have lost about three metres in front of my property in the last year due to this erosion,” said Nick Mavrodaris, who owns a house just above Thompson’s Bay.

“Some of the beach lights had also been out for nearly a year, then they were fixed and have been on constantly for the past four months.”

Meanwhile the storm water outflow at the beach has completely collapsed. This is not the first time the storm water outflow at Thompson’s Bay has collapsed.

Ballito’s Johnny Kuzlo said that there had been numerous attempts to fix it but that each had failed with the next rains.

“Whoever has been fixing it has been doing a bad job,” he said.

At present a wooden bridge has been placed over the collapsed storm water outflow.

“Stability starts with a strong foundation, so each time they fix it, it merely washes away and costs more money to fix again. They need to get a qualified engineer in and do it properly.”

Kuzlo also pointed out that the stone wall behind the tidal pool has started falling apart, with chunks heavy enough to break bones already having broken away.

KwaDukuza municipality spokesperson Sipho Mkhize said the municipality was aware of these issues and had plans to address them. There are also plans in place to redesign the promenade.

“The municipality would like to inform the community that it is doing its utmost to deal with the situation and appeals for understanding from frequent users of the beaches in question.” Parts of the wall behind the tidal pool at Thomson’s Bay have already started falling apart. Picture: North Coast Courier 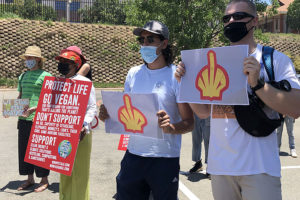 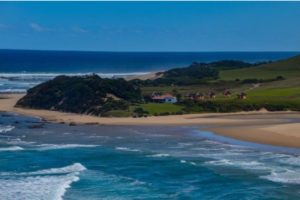 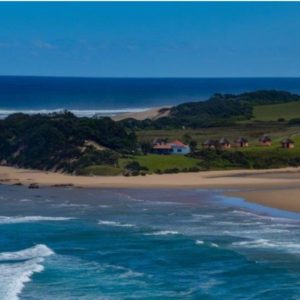 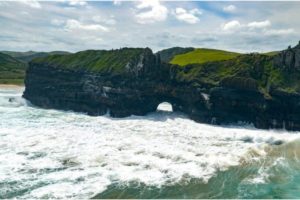