Nonprofit organisations have been enlisted to ensure R40m earmarked for the rehabilitation of drug users is used properly. 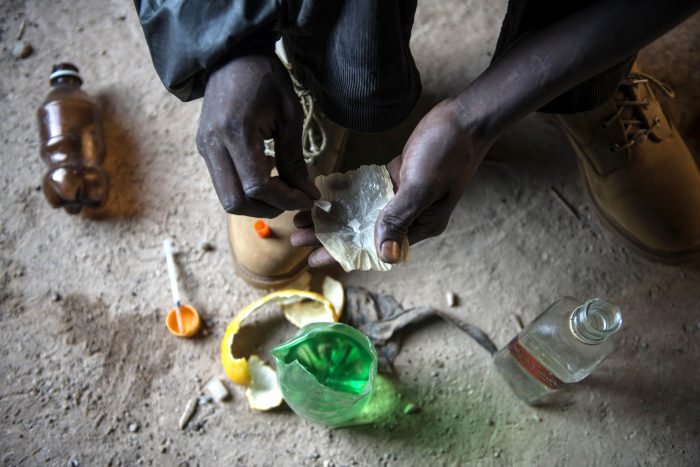 In this file picture taken on July 17, 2015 an addict of the drug cocktail known locally as Nyaope (Nyope) prepares to inject himself with the drug in an abandoned building in Simuneye township on the outskirts of Johannesburg. More than two decades after the end of apartheid, South Africa's youth hoped to be reaping the benefits of the country's fresh start, but a potent drug is taking a heavy toll on the most vulnerable. AFP PHOTO/MUJAHID SAFODIEN

To rescue the “lost generation” of the City of Tshwane, executive mayor Solly Msimanga has signed service level agreements (SLA) with 23 nonprofit organisations (NPOs) to take up the fight against drugs.

Msimanga said he made a commitment to partnering with civil society to ensure that the R40 million earmarked for the fight on drugs is used properly to support the NPOs in helping communities fight this problem.

“I urge you to comply with the requirements as stipulated in the SLA and use the funds wisely and responsibly and make a difference,” the mayor told NPO representatives on Friday.

He said that, like most cities in South Africa, Tshwane faced challenges of poverty, inequality and substance abuse.

“The 2015 Gauteng safety strategy states that the province has been experiencing an increase in the violence used during the commission of crime.

“On the other hand, the same report notes that substance abuse, particularly the use of nyaope, has been linked to cable theft, metal infrastructure destruction and common theft,” Msimanga said.

The mayor said while they were fighting crime, they were also creating opportunities for employment and productivity across the city to employ people so that they could live a better life and not be condemned to a life of poverty or be condemned to death.

“We have to rescue our lost generation from this and we have to leverage our regions and existing tools to make progress in this regard.”

Three of these centres are situated in Soshanguve, north of Pretoria, where the “bluetooth” drug craze was first reported. Earlier this year, 380 drug addicts volunteered to join a rehabilitation programme offered by the Gauteng department of social development but more than 200 left the programme.

The city hopes that they will make more progress and have more success with the rehabilitation of drug addicts.