Prasa board accuses minister of failing to act on corruption

Maswanganyi is accused of colluding with the state attorney to undermine the Prasa board’s court application. 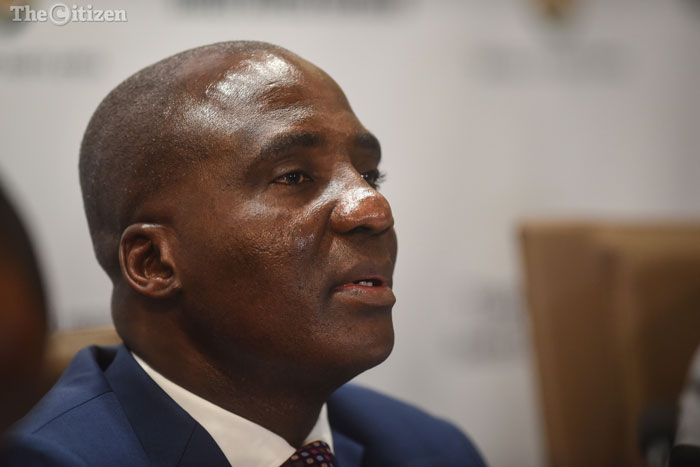 Transport Minister Joe Maswanganyi is being accused of sabotage and could face criminal charges for allegedly stonewalling the possible prosecution of individuals involved in a corrupt R2.6 billion locomotive tender.

The Citizen has it on good authority that Maswanganyi stands accused of breaching his oath of office for failing to appoint additional members to the Passenger Rail Agency of SA (Prasa) board, which is now asking the court to force the Hawks and the National Prosecuting Authority (NPA) to investigate and prosecute those found to have acted criminally.

According to insiders, Maswanganyi’s failure to appoint additional board members, even on an interim basis, “means the board cannot take decisions as they don’t have a quorum”.

Prasa thus approached the court asking it to compel the Hawks and the NPA to investigate and prosecute those who acted criminally in relation to the Swifambo Rail locomotive contract.

The Prasa board has been at loggerheads with the law enforcement agencies which have yet to make arrests related to alleged corruption at the rail agency.

Early this month, Judge Ellem Francis of the High Court in Johannesburg ruled in favour of the Prasa board’s request for the Swifambo contract to be declared corrupt and be set aside.

Insiders told The Citizen that earlier this month, the Hawks and the NPA – through the state attorney – wrote to the Prasa board informing it they would not submit a responding affidavit to the court regarding the application asboard chairperson Popo Molefe did not have the authority to bring such an application.

It is understood that the board – whose term ends next Monday – is now weighing up its options and may bring criminal charges against the minister for allegedly failing to “act on blatant criminality that is known to him”.

Maswanganyi is accused of colluding with the state attorney to undermine the Prasa board’s court application.

“The board is complaining that the minister has completely ignored it.

“They are saying they have simply requested him to exercise his constitutional obligation in the national interest because it is taxpayers’ money that has been stolen,” said an insider who asked not be named.

The board is blaming Maswanganyi for failing to appoint additional members which, Molefe said, amounted to the minister having “ensured that the board does not form a quorum and thus cannot take important decisions”.

Molefe maintained that Maswanganyi has continuously refused to meet with his board.

“The minister is deliberately violating the law in order to make Prasa dysfunctional.

“He has continuously made his board unable to account to him and parliament and he needs to explain why,” said Molefe.

The Citizen understands that the board has officially accused Maswanganyi of acting unlawfully, leaving the door open for criminal proceedings against him for “deliberately and knowingly” stifling the possible prosecution of those involved in the alleged Swifambo tender corruption.

Molefe would not say whether he had officially communicated with Maswanganyi, but said that the minister and his predecessor, Dipuo Peters, should be held responsible for the dysfunctional state of Prasa.

Maswanganyi’s spokeperson, Ishmael Mnisi, referred The Citizen to previous statements on Prasa. “We have many times given the views of the minister regarding the Prasa board matter,” he said.