The last man to see Timol alive said he tried to stop him, but stumbled over a chair that was in his way. The last man to see anti-apartheid activist Ahmed Timol alive 46 years ago, today insisted that Timol had opened and jumped out of a window without saying a word.

Jan Rodrigues (78) a former administrative clerk with the security police, testified in the High Court in Pretoria in a renewed inquest into Timol’s death, which was opened after Timol’s family produced new evidence suggesting that he may not have committed suicide.

Rodrigues testified that he was at John Vorster square on the day of Timol’s death in October 1971 to deliver salary cheques and an envelope to two senior officers, Captains Hans Gloy and Faan van Niekerk.

He was asked to take three cups of coffee into their office and found Gloy and Van Niekerk in chairs behind a desk with the man he later found out was Timol sitting in front of them.

“When I entered the office it was calm…. I put the coffee on the table and handed over the envelopes. The three of them drank coffee. He (Timol) was not interrogated in my presence. He was just sitting there and they were drinking coffee the three of them.

“Gloy opened the envelope and started reading. I wanted to leave but he asked me to stay for a moment.

“At that moment someone entered the office and said they’d arrested three compatriots of Timol and left.

“Van Niekerk and Gloy looked at each other and I saw that Timol had a massive fright. His eyes were big and he was shaking his head and was looking at the three of us.

“Gloy and Van Niekerk looked at each other. Gloy nodded his head and asked Van Niekerk to accompany him outside….They said they won’t be away for long and I must guard Timol. I took Gloy’s place in front of the window on the opposite side of Timol.

“…Timol kept on staring in front of him. He was not looking at me. We never spoke to each other.

“He asked me to take him to the toilet. It was a very reasonable request and we both got up. I went around the tale to the left. Van Niekerk’s chair was half drawn out and I pushed it under the table. My eyes were on the chair.

“At the same moment, I saw a movement from the corner of my eye. I looked up quickly and saw Timol very quickly moving around to the other side of the table. It all happened in a split second,” he said.

Rodrigues said he tried to reach Timol to stop him, but stumbled over a chair that was in his way.

“On my way to Timol I saw him opening the window. I realised he was diving through the open window. When I jumped up I realised that he wasn’t there anymore.

“…I tried my best. I moved as fast as possible but couldn’t reach him before he was out of the window,” he said.

Rodrigues ran outside shouting that Timol had jumped and minutes later saw his body outside and someone rolling him onto a blanket and carrying him inside.

Rodrigues testified that senior officers had asked him to lie in his statement and to say that there had been a struggle between him and Timol to protect the image of the police, but he refused.

He left the police after the first inquest because he realised his career in the police was over. 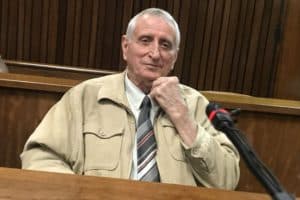 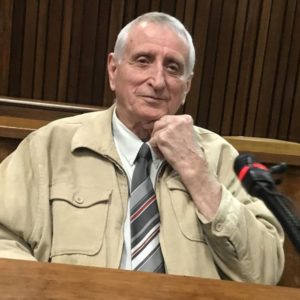 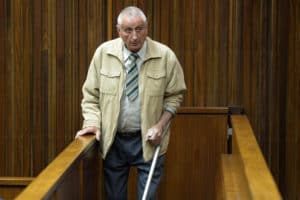 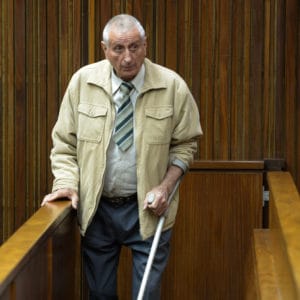