Opposition parties are ‘hypocritical’ and ‘devoid of integrity’

The ANC acknowledges its mistakes, and is committed to correcting them, says the party's deputy chief whip. 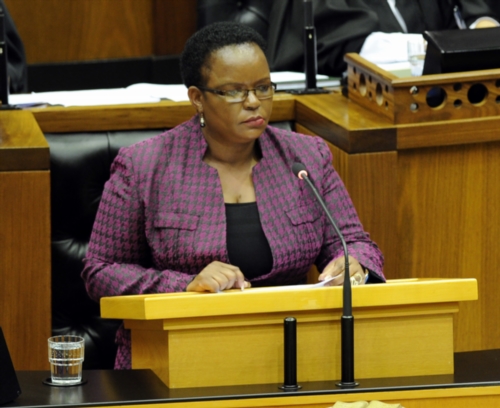 ANC deputy chief whip Dorris Dlakude says the governing party rejects the motion of no confidence in President Jacob Zuma tabled by opposition parties with the contempt that it deserves.

Speaking on Tuesday in the National Assembly in defence of Zuma, Dlakude accused opposition parties of being “hypocritical and devoid of integrity”, saying ANC MPs were not “sellouts”, because they knew who sent them to parliament.

Dlakude said every MP in the parliament took instructions from their political party, and the eighth motion of no confidence in Zuma was part of the opposition’s publicly stated intention of regime change.

Zuma has had at least four Q&A sessions where MPs had an opportunity to scrutinise executive decisions, Dlakude said, but holding the executive to account was not being helped by opposition parties staging walkouts each time the president comes to the House.

“The hast for political showboating and [humiliation] of the person of the president, and not robust questioning of the office [of the president] that is displayed by walkouts [by the opposition] each time the president honours his obligation, undermines our responsibility,” she said.

Dlakude said the ANC was on a path of self-correction and the party’s national executive committee resolved earlier this year to establish a commission of inquiry into state capture.

“We are aware of all issues raised in our society. We acknowledge our mistakes, and are committed to correct them, we aspire to be and do right,” she added.

Dlakude said though the ANC welcomed the decision by the speaker of parliament Baleka Mbete on Monday to have the vote held in secret, she warned such a measure would have negative consequences in future.

“Moving forward as parties and a country, we should reflect on whether it is desirable for public representatives to conduct their vote in secret. The inherent danger of such as practice being potential to use money to influence politics and the electorate not knowing what their representative voted for,” she said.

Malema: I want to thank the ‘incoming acting President’ Mbete for allowing a secret vote