Service providers allege City of Joburg struggling to pay them

One former MMC has also gone on record to allege City Power managers told an oversight committee they're operating on an overdraft. 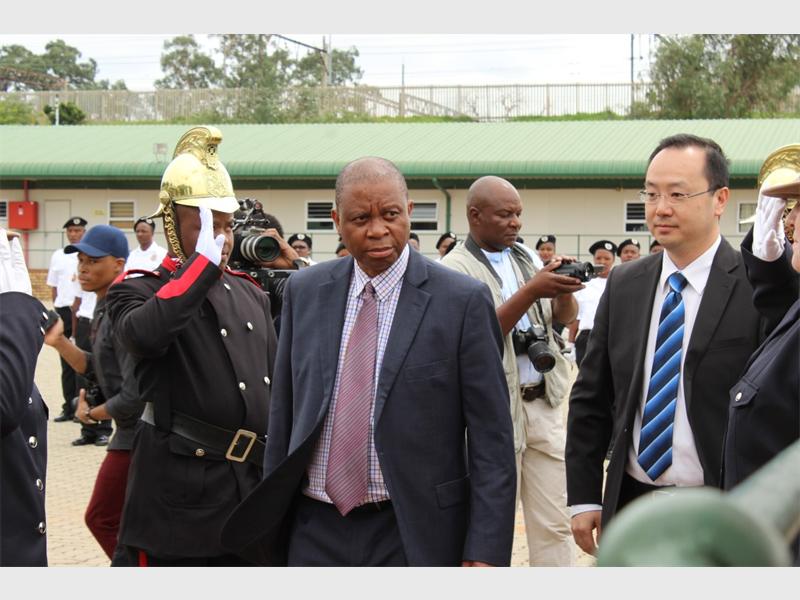 Several service providers have repudiated the City of Johannesburg’s contention that an email sent by a deputy director of cash-flow management to chief financial officers of city-owned entities was unlawful and never acted upon.

Sources and insiders claim the email is consistent with the current situation – with at least three service providers The Citizen has spoken to claiming they have not been paid for a period ranging between 30 and 90 days.

The service providers are reluctant to go on the record out of fear they may lose their contracts with the city.

On condition of anonymity, they confirmed to The Citizen they were not paid and, where payments were made, they claimed these were a fraction of what was due to them.

One disclosed – after informing the finance unit of an entity to which company is contracted services will be stopped –how he was told there was a “pool” on a month-to-month basis the city had set aside to pay service providers.

During the week, The Citizen reported on further allegations that the allegedly financially precarious position of the city has resulted in the Debt Redemption Fund – referred to as the “Sinking Fund” in the city’s press statements – being allegedly raided of about R1.5 billion to supplement the 2016/17 operating budget.

The email the city tried to distance itself from was penned on June 27 by a deputy director of cash-flow management in the city’s finance department and addressed to the CFOs of 10 municipal-owned entities and chairpersons of boards of directors of entities. It gave instructions to halt all payments except salaries and VAT.

It reads: “Please note that the GCFO Mr Reggie Boqo has issued a directive to the effect that: Until the City’s cash flow improves no payments except legislated (e.g. VAT, Tax) and salaries. You will then be notified as and when other payments can be processed.”

The CFOs were requested to liaise with their respective cash-flow managers to submit revised cash-flow forecasts for June, July and August as soon as possible.

In response, Quinton Green, the CFO at City Power – the biggest income generator for the city, with an estimated annual contribution of about 40% – sent an email asking whether the directive “suggested” they should not comply with legal requirements relating to payments to creditors.

READ MORE: Allegations persist that City of Joburg has ‘run out of cash’

The acting spokesperson for finance MMC Rabelani Dagada, Lesego Ngobeni, said the claims were not true.

“The City continues to pay salaries and its creditors,” Ngobeni said in an emailed response.

On the veracity of the email, Ngobeni acknowledged it but disputed its contents, saying “it was a product of miscommunication between the GFCO” and the author, and added that the city would institute disciplinary action against the sender/s.

“The email in your possession was sent out without the authority of the Executive Mayor, the MMC of Finance or even the City Manager. As such, disciplinary measures have been instituted against the persons involved.”

Pressed on the role of the group CFO in terms of delegation of authority within the city and exactly who was to be disciplined, Ngobeni said the MMC and the city would not “entertain” any more questions on the matter.

He also expressed discomfort about being asked “too many detailed questions” as this, he said, created extra work for the administration and slowed down service delivery.

A former ANC councillor alleged: “Such a decision is likely to have been taken at the executive management team meeting chaired by the city manager. It is convenient for them to blame Boqo as he is no longer with the city. The role of the CFO is to make sound financial decisions for the city.”

A former executive at one of the city’s entities was also perplexed. “This is very bizarre. There is no legal or legislative basis for saying such a thing. What he [Reggie Boqo] did is inherent in his job scope. And if he didn’t do it, he would have been accused of mismanaging the City’s finances.”

Meanwhile, it has now emerged that during a portfolio committee meeting of the environment, infrastructure and service delivery portfolio held on 3 August, City Power management allegedly confirmed it has indeed been operating on an overdraft.

Former MMC and committee member Matshidiso Mfikoe, who was part of the ANC’s former administration, has gone on record to allege that: “It is pointless for the city to refuse to come clean with the state of financials at City Power as managers confirmed they are using an overdraft. They did not tell us how much. During our next meeting, we will be asking very tough questions to understand what happened to the R1 billion cash surplus the entity had in July 2016.”

In response to additional questions forwarded, Luyanda Mfeka, the acting mayoral director of communications, said the city would only be able to respond by close of business on Monday. Those responses will be published as soon as they become available.

The City of Joburg has said in official statements that it has R4 billion in reserve, and described allegations that it is in a cash-flow crisis as a desperate attempt by the ANC to discredit its work.

The city’s mayoral committee member for finance, Rabelani Dagada, said that allegations of financial trouble were unfounded as there was currently no deficit.

In a statement on Sunday, the city said the allegations were “nothing more than the ANC’s attempt at reviving [former mayor] Parks Tau’s political career from the ashes”.