Dlamini-Zuma says action must be taken against Manana

The former minister of foreign affairs has lashed out at her critics, saying they are patriarchal and sexist. 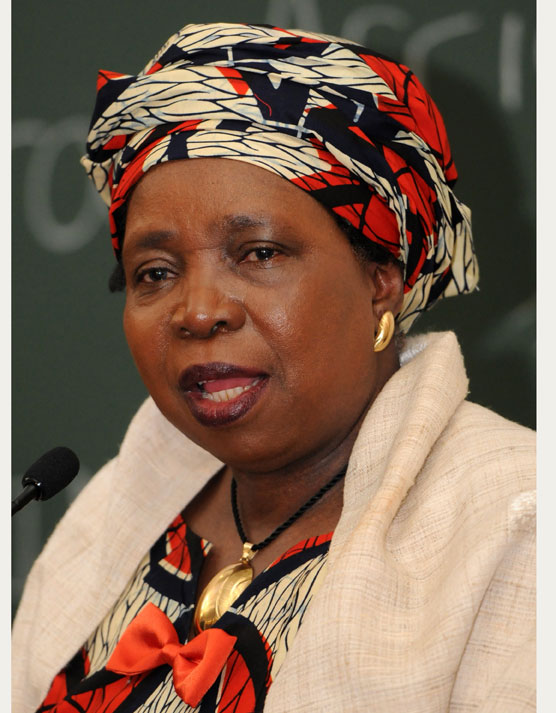 Presidential hopeful and former chairperson of the AU Commission Dr Nkosazana Dlamini-Zuma told the SABC this morning that, because deputy minister of higher education and training Mduduzi Manana had admitted to the assault allegations, taking action against him would not be prejudicial.

“It is different in that he himself has admitted to it. I am saying if he had not admitted to it, it would have been a problem to take action against him,” she told Manas when pressed on what action to take.

Manas rephrased the question to ask Dlamini-Zuma what she would have done if a deputy minister were to assault a woman under her presidency, and Dlamini-Zuma answered: “Action must be taken. He has admitted to the crime.”

Dlamini-Zuma rebutted claims that the only reason President Jacob Zuma was supporting her candidacy was so she could protect him from being jailed “because they have children together”, saying she had earned her stripes.

“Yes, we have children together, and yes, I was married to him. But I have not been married to him … next year, it will be 20 years. I am standing in my own right, and I don’t understand why I am linked to him.

A visibly annoyed Dlamini-Zuma asked Manas if she should now also go check who the other presidential candidates were married to or had kids with. She said this criterion appeared to be applied only to her candidacy.

“No one linked me to him [Zuma] when I was moved from foreign affairs [currently international relations and cooperation]. In fact, people were pitying me when this happened [there was a debate at the time that it was a demotion].

“I can tell you why people are linking me to him when I am standing as a candidate to become the president of the country. It is patriarchy. And it is sexist,” she said.