Muthambi fails to appear in parliament to account for alleged nepotism 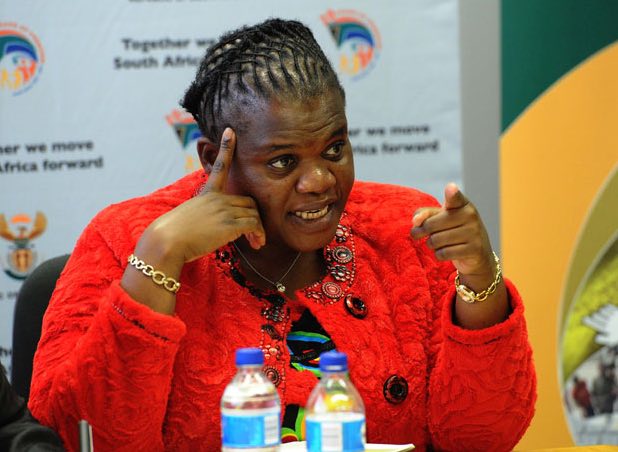 The ANC MPs were boycotting the meeting because the chair, fellow MP Makhosi Khoza, displayed “conduct unbecoming of a member”.

It is not clear what the MPs are referring to, but Khoza was one of the ANC MPs who refused to abide by a party directive to vote against a motion of no confidence in President Jacob Zuma. She has been very unspoken about problems besetting the ruling party, and has been advocating for leadership change.

Khoza said the four ANC MPs did not provide apologies for their absence, nor did Muthambi.

She said Muthambi, with whom she attended a meeting earlier in the day, had agreed to appear before the portfolio committee on public service and administration and give MPs a verbal report on various allegations in the media that she had appointed friends and family to her personal office, including appointing 27 people – way above the 10 allowed by the ministerial handbook.

“It’s a dereliction of duty, the fact that she’s promised to come here to table a report verbally…and has simply given us the middle finger,” said Waters.

He suggested Muthambi be subpoenaed to appear before the committee and account, a suggestion which found favour with the Economic Freedom Fighters’ Mbuyiseni Ndlozi..

“Minister Faith Muthambi is running away to be held to account on the reports of nepotism and also corruption in her department under her instructions,” said Ndlozi.

A letter, signed by four ANC MPs, which had been sent to the party’s chief whip, Jackson Mthembu, has been circulated on social media.

According to the letter, MPs Sizani Dlamini-Dubazana, Madala Ntombela, Mervyn Dirks, and Wilma Newhoudt-Druchen “strongly object to be led by Dr. Makhosi Khoza as the chairperson of the portfolio committee [on public service and administration] and member of the study group”.