He insisted he was not aware of anyone being interrogated or tortured, and never heard anyone screaming in pain. 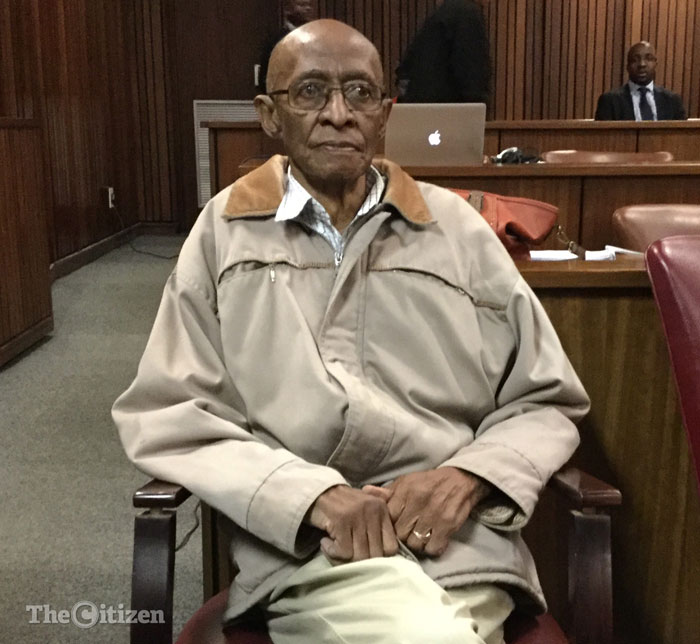 A former security police officer – the last witness to testify in the reopened inquest into the death of anti-apartheid activist Ahmed Timol 46 years ago – has shed no new light on the mystery that still surrounds Timol’s death.

Timol died on October 27, 1971, after falling out of a tenth story window while in police custody at John Vorster Square in Johannesburg. The police claimed he committed suicide, but Timol’s family later uncovered evidence pointing to him being tortured and possibly murdered.

Seth Sons, 80, a retired security police investigator who was promoted to the rank of lieutenant in 1971, had an office on the ninth floor of John Vorster square at the time of Timol’s death.

He testified that he had only learnt about the arrest of Timol and others after their arrest, but never saw any of the political detainees either on the ninth or tenth floor, and did not take part in their interrogation.

On a day in October 1971 – he could not remember the exact date – at about lunchtime, he was asked to act as driver to take his commanding officer, Captain C J Dirker, to Timol’s parental home.

There were several other security branch members there, and they went into the house with Dirker to search the premises, while Sons stayed outside with the car.

He had seen women on the porch at the house, but was not aware of a conversation between the police and Timol’s mother, during which she begged them not to hit her son, and was told she should have given him more hidings as a child.

When they returned to the office at about 4pm that afternoon, he saw that there was a commotion at the western entrance of John Vorster Square, and heard people saying someone had fallen out of the window, but he did not have a look and went up to his office directly because it had nothing to do with him.

Sons admitted he had a relatively senior rank and had a number of non-white security policemen working under him, but insisted he rarely questioned detainees, and when he did, it was only to verify some information.

Although Dr Salim Essop, who was arrested with Timol, testified he was held and tortured on the ninth floor. Sons said most of the detainees were held on the tenth, and not the ninth, floor.

He insisted he was not aware of anyone being interrogated or tortured, and never heard anyone screaming in pain.

According to Sons, he underwent training in interrogation techniques towards the end of his career, but it did not include physical violence or “breaking the law”, although he was aware of the good-cop-bad-cop method and sleep deprivation being used.

He would not comment if sleep deprivation would have been an acceptable method of interrogation at the time.

He said he was not aware of the so-called “truth room” – a soundproof room where political detainees said they were tortured – or the “helicopter method” (where detainees were strung up by their arms using a broomstick).