Ayepyep Lounge releases statement on woman killed outside its premises

The woman was allegedly shot for refusing to leave with a man who apparently bought her alcohol inside Ayepyep Lounge in Pretoria. 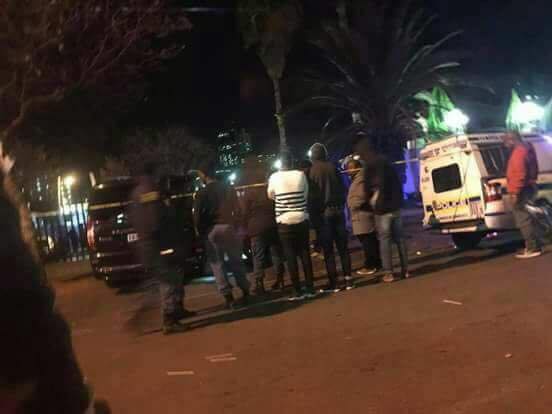 The management of Ayepyep Lounge in Sunnyside have released a statement about a fatal shooting which left a woman dead in the early hours of Sunday morning.

According to police, the woman was shot in the head while inside a car and seated with a man. She allegedly refused to leave with him and this led to an argument and her death. The man has been arrested and will appear at the Pretoria Magistrate’s Court on charges of murder and possession of an illegal gun and ammunition.

Various reports have stated that the incident that led to the woman’s shooting began inside Ayepyep Lounge, a popular night spot. The woman and the man had been in each other’s company at the lounge and left together. However, the management of the venue has said the incident occurred on Gerhard Moerdyk street and not on their premises.

“Ayepyep Lifestyle Lounge overheard about the shooting incident that happened last night and/or in the early hours of the morning in Gerhard Moerdyk street (and not at Ayepyep Lounge as is being rumoured) of a lady apparently reported dead on the crime scene. We condemn such conduct, including any violence against any person, including women,” the statement reads.