The party says it chose to get rid of Bobani to restore service delivery in the metro. Their only councillor in the city has now set his sights high. 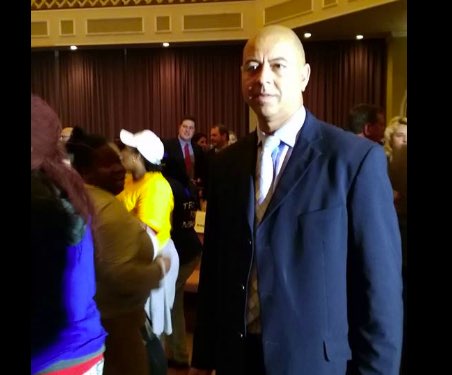 Patriotic Alliance (PA) councillor in the Nelson Mandela metro council Marlon Daniels says his party did not bring the motion for the removal of Mongameli Bobani of the UDM as deputy mayor just “so other parties could occupy it”.

Following this afternoon’s successful motion of no confidence against Bobani, initiated by the PA (his party’s only councillor in the metro), Daniels told The Citizen the national leadership of the PA had decided that at the next council meeting Danilels would be standing for election into the post.

“There has been a fight between Bobani and [Athol] Trollip [the mayor] since last year. We were hoping that by now the impasse would have been resolved because it has a negative impact on innocent citizens of the metro.

“You cannot have number one and number two at each other’s throats. We had no other option but to bring a solution to this matter. Based on that, we decided that these people don’t know how to solve their issues; we promised the people that we will work and deliver but the current situation meant that all those promises are just dust in the wind,”said Daniels.

The PA councillor said the local government tier deals “with service delivery and bread-and-butter issues”, and the strained relationship between the two most senior public office bearers had robbed citizens of services.

Daniels repeated allegations made against Bobani by Trollip, who earlier this year levelled corruption charges against the then deputy mayor. Daniels explained that after forensic investigation reports revealed alleged maladministration on Bobani’s part, the coalition partnership requested the UDM leadership to replace him another candidate.

“General [Bantu] Holomisa refused to do that. Had he agreed with our request, there would not have been any need for the vote of no-confidence.

“The electorate had spoken and the Patriotic Alliance had to consider the fact that more people voted for the DA. So we rather let the one with the minority votes go instead of the leader,” he said.

He also stated in no uncertain terms that “we [the PA] certainly have not removed the deputy mayor after our national leadership decided so just so another party could occupy the position”.

“I will be the PA’s candidate to fill the position.”

Daniels dismissed allegations made by both Bobani and Holomisa that Trollip was a “bully” who treats coalition partners like juniors.

“People are entitled to their opinions. Sometimes people say things for their own sinister motives. In our interaction we have found him to be a pleasant person to work with.”

Sixty votes were ultimately counted in favour of the motion against Bobani, with support from the DA, Cope and ACDP.

Several opposition parties, including the ANC and the EFF, were incensed by both the motion and the result and walked out of the council chamber while voting was taking place.

They apparently did this in an attempt to cancel the sitting’s quorom, but city manager Johann Mettler argued that even though they were walking out, they were still physically present and results could therefore be declared.

The ANC said this had, however, been a “serious misinterpretation” of the council rules and they would look at legal options to challenge it.

Bobani refused to accept the result while the EFF declared the decision “illegal and a criminal act”.

It had earlier been reported that UDM leader Bantu Holomisa was upset about the move against his deputy mayor and has called for coalitions where he and other kingmakers such as the EFF in councils where they have allowed the DA to govern withdraw their support for DA-led governments.

Should this happen, new elections may have to be called in Pretoria and Johannesburg. 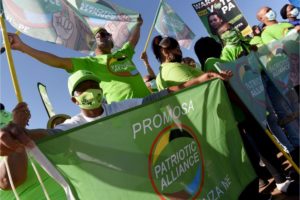 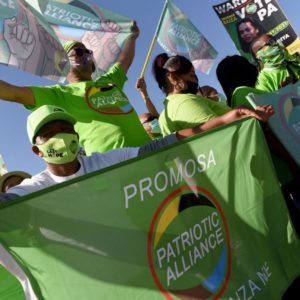