The president’s son has denied allegations of corruption levelled against him and the Guptas, saying he has no regrets about his relationship with them. 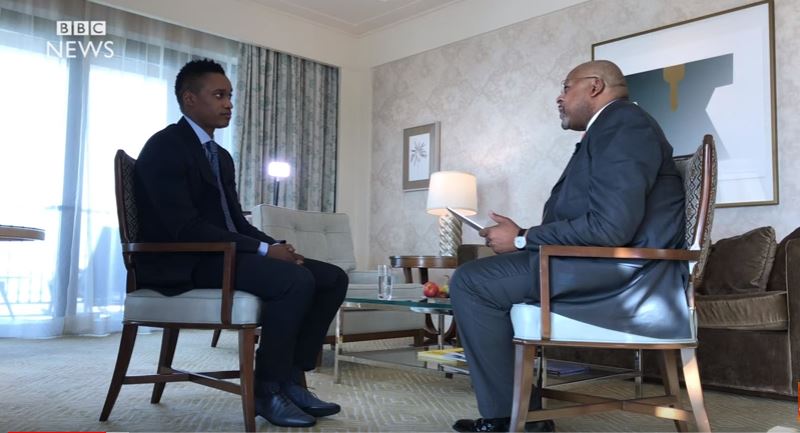 Speaking exclusively to BBC News, Duduzane Zuma rejected suggestions that his business associates took a keen interest in him because he was the president’s son and wanted to exploit their relationship with him to build their business empire by looting the public purse.

Zuma said there was nothing “untoward” about his relationship with the Guptas, and said meeting the three Gupta brothers, Atul, Ajay and Rajesh ‘Tony’ Gupta, “was just a meeting of minds”.

“I don’t think they wanted anything from me. They liked me. As I liked them. I think I’m a likeable guy!” Zuma said.

Asked if he had regrets about meeting the Guptas, he said: “I look back and I think, I’m glad I met these guys, and I’m glad we are where we are today.”

According to a cache of leaked email correspondence between the Guptas and their business associates, Zuma appears to be kept and captured by the controversial family.

Since meeting the Guptas, his lifestyle had been characterised by first-class flights, fancy cars, chauffeurs and stays at numerous five-star hotels, Daily Maverick and amaBhungane reported in June.

In 2012, the Guptas allegedly paid for Duduzane’s getaway trip to Mauritius with his girlfriend at the time.

The emails also suggest the Guptas helped Zuma purchase an apartment worth nearly R18 million in 2015 at the iconic Burj Khalifa building in Dubai, the world’s tallest skyscraper.

But he denies this and the allegation that the Guptas bought his father property in Dubai.

“Firstly, I’m on business here. Secondly, Dubai is a wonderful place, and I’m sure you would agree. Thirdly, I do not have a property in Dubai. I do not own an apartment in the Burj Khalifa,” he said.

With the mounting evidence of alleged corruption and state capture pointing squarely at him and the Guptas, Zuma said it had not crossed his mind he could be jailed if found guilty.

“It just crossed my mind now. It’s the first time … I don’t know if you saw it crossing my mind, but it’s gone! No,” he laughed.

“Why should it? It just crossed it now, since you mentioned it. I actually saw it crossing now, and it’s gone.”

NPA questions timing of Zuma's charges against Downer
2 days ago
2 days ago
PREMIUM!

NPA questions timing of Zuma's charges against Downer
2 days ago
2 days ago
PREMIUM!