The cash-in-transit vehicle was attacked by a group of 10 heavily armed robbers on Monday between Northam and Rustenburg. 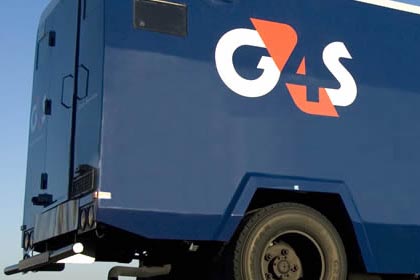 The stash of cash left behind by robbers after an explosive cash-in-transit heist seemed like manna from heaven for villagers near Rustenburg, so they looted the damaged vehicle, taking the banknotes left behind.

But because they were captured on a video taken by a bystander, the looters may now face the might of the law along with the heist gang.

According to the G4S security company, one of their armoured cash-in-transit vehicles was attacked by a group of 10 heavily armed robbers on Monday between Northam and Rustenburg.

“The robbers opened fire on the vehicle, bringing it to a standstill.

“They then forced the security officers out of the vehicle at gunpoint and used explosives to gain access to the back of the vehicle.

“Thankfully, our security officers were not physically injured during this attack.

“The robbers fled the scene with an undisclosed amount of money,” said a G4S spokesperson.

G4S said the site of the attack was about an hour from the nearest response centre and “passers-by used the opportunity to loot the vehicle and steal loose notes that were lying around after the explosion before the police and G4S support vehicles could get to the scene”.

G4S said it would lay criminal charges against any looters who are positively identified. The company has asked anyone with details that may assist the police in the investigation of this incident, and the arrests of the robbers and the looters, to come forward.

North West police spokesperson Colonel Sabata Mokgwabone said the looters had made the police’s job extremely difficult because now they would not be able to identify the fingerprints or footprints of the robbers.

He said the villagers had contaminated the crime scene by “helping themselves to the money”.

He added: “That is totally unacceptable and we condemn it. We are taking action against them (the looters).”

The G4S security officers were taken to hospital and treated for minor injuries and are receiving counselling.

When the video went up on Twitter, it generated a storm of comments.

Mr Everything wrote: “Rather a wealthy man loses some piece of paper than multiple families starve… Inequality is a real thing.”

Kuafele added: “No comrades, we shouldn’t judge.. this money is probably insured… it will go back into circulation… with value. A child will have meat tonight.”

In response, Royston Saunders said: “You have sick morals! With an attitude like yours, no wonder we’re a country of thieves. Theft is okay????” – vicky@citizen.co.za