Dlamini-Zuma: There’s nothing I can do about state capture

She is, however, fully behind the establishment of a commission of inquiry 'that must get to the bottom of things and deal with it once and for all'. 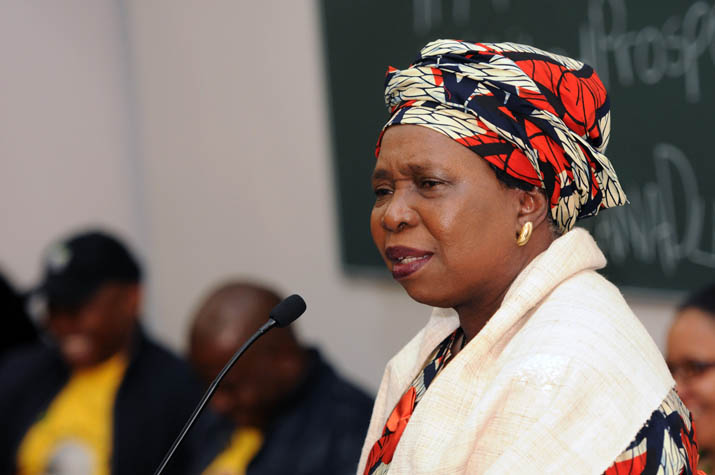 Though other ANC presidential hopefuls have focused their campaigns on state capture and how it can be dealt with, Nkosazana Dlamini-Zuma said there was nothing she could do about it because she was not in government.

In an interview with Radio 786 on Monday, Dlamini-Zuma said it would not matter if she made state capture her focus, as there was nothing she could do about it beyond former public protector Thuli Madonsela’s recommendations.

“The issue of state capture, you know I’m not in government, I can’t do much about it myself.”

This, however, did not mean she was not concerned about it, as she said she fully supported the establishment of the commission “that must get to the bottom of things and deal with it once and for all”.

The sooner it was dealt with, the better, she said.

Dlamini-Zuma said once state capture was dealt with, the country could then focus on the “most important” things, such as poverty and unemployment, that affected South Africans. Those found to be the culprits must be dealt with, she argued.

“It must be dealt with and put on the side, and whoever needs to take responsibility must take responsibility. The most important thing for our people is that the money that the state has must be used prudently, honestly and for the benefit of the people.”

What her campaign focused on was the ANC policies and what needed to be done going forward and unity in the ruling party. Poverty and unemployment were also on her priority list.

“We’ve received a report from Stats SA saying half of the people in this country are still poor and that most of those are men and youth. Clearly, something needs to be done about poverty. We visit places and see that there are some who are still living in conditions that are not right, some of the young people are unemployed. For me those are the most important things to deal with,” she said.