Treasury denied the report, but reiterated there are allegations PIC CEO awarded R21-million in irregular tenders to a "girlfriend". The finance ministry has denied reports that there is a planned hijacking of the Public Investment Corporation (PIC) by replacing CEO Dr Dan Matjila with a Gupta associate on trumped-up charges during a board meeting tomorrow.

In a report carried out by a Johannesburg-based daily publication, it was alleged there is a “plot” to hijack the PIC – which is the custodian of state employees’ pension funds. The allegation suggests tomorrow’s board meeting will be utilised to install a Gupta-linked board member as the acting CEO of the PIC.

The PIC – which is said to be the biggest investor in the economy with cash assets of close to R1.87 trillion – will then be rendered vulnerable to a Gupta looting, similar to what occurred at other state-owned enterprises such as South African Airways (SAA), Transnet, Eskom, Denel and Prasa.

The publication reported that the Guptas have long been lobbying disgraced Eskom former CEO Brian Molefe to take the helm of the PIC.

The PIC has recently been in the news when members of Parliament told deputy president Cyril Ramaphosa they are jittery about pension funds squandered to bail-out carnivorous and cash-bleeding SEOs, but in particular the “corrupt” SAA.

Mayihlome Tshwete, spokesperson of the finance minister, told The Citizen that whoever dished out the information to the media about tomorrow’s board meeting did so out of panic, as the reasons given for the gathering were false.

“The deputy minister of finance [Sfiso Buthelezi, PIC chairperson] received information that the CEO had irregularly awarded R21 million tenders to his girlfriend. The CEO was simply asked to respond to the allegations against him.”

When it was pointed out that according to the reports, the CEO has already responded to allegations in writing, Tshwete said this was inadequate due to the serious nature of the allegations – hence the meeting was convened.

“They went to the media and said someone is going to be removed from their position. Not true. There will be no moving of anybody whatsoever. All he has to do tomorrow is answer on the allegations to the board as requested.”

“There is no plan to remove him, and the deputy minister is going to work with him. There are areas of concern and he [Buthelezi] will be working together with the CEO to ensure that everything is above board,” Tshwete said.

Tshwete also denied that Treasury intended to plunder the PIC of millions of rands to bail out SAA out of the financial quagmire it currently faces, saying the option to request for R10 billion recapitalisation approval was enough. 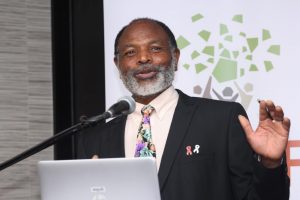