Malema says Magaqa told him before his death the police minister had reduced himself to a celebrity. 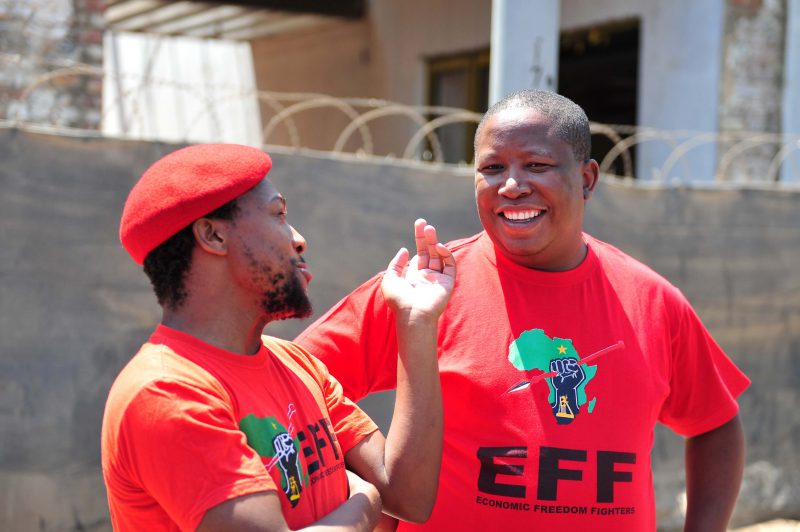 Julius Malema and Mbuyiseni Ndlozi during the EFF's "Pay back the Money" March from Miriam Makeba Square to the Constitutiuonal Court in Braamfontein, 9 February 2016. Picture: Neil McCartney

Magaqa, who was a councillor at Umzimkhulu in southern KZN, died on Monday last week at Albert Luthuli Hospital in Durban after he was rushed to hospital on July 13 when he was shot and wounded in an ambush.

The 35-year-old was the secretary-general of the ANCYL before it was disbanded in 2012 after its leadership, under then league president Malema, was found guilty of bringing the ANC into disrepute.

Malema and the ANCYL’s former spokesperson, Floyd Shivambu, were expelled from the ANC, while Magaqa was suspended from the party.

Mbalula said at the memorial service Magaqa was not supposed to get suspended from the party, but made a mistake of associating himself with those who were suspended.

In isiXhosa, Mbalula said: “Magaqa was militant. Magaqa was not supposed to be suspended in the ANC Youth League and by the ANC, he got himself suspended because he shared the same perspective with those who were suspended.”

Even after his suspension, Mbalula said he continued to warn Magaqa against joining Malema and his suspended friends on whatever they were doing.

Mbalula said after Malema was suspended and started his own party, the EFF, he called and asked him about it, but at the same time called Magaqa and warned him against joining the party.

“I told him [Malema] to hold it right there as he was making a mistake because he knows the ANC is an elephant, he wants to take on the ANC.

“I then spoke to Sindiso and asked him if he was going to join the EFF and he said no, even though he was suspended at the time.

However, the EFF leader and the party’s national spokesperson, Dr Mbuyiseni Ndlozi, have hit back at the “lost” and “pathetic” Mbalula’s “incoherent tribute”.

Though Mbalula warned mourners against listening to people who were busy speaking for Magaqa now that he was dead, Malema said Magaqa had a few harsh words about the police minister before his death.

“Last time I saw the late Magaqa, he told me that this guy has depoliticised himself into a celebrity. After this shallow tribute, I think now I agree,” he said.

Ndlozi questioned the sincerity of Mbalula’s concern about Magaqa, asking why he had never done anything to save him.

“Okay, let’s talk; if this pathetic minister cared about Magaqa, why didn’t he save him by giving him a better deployment in his ministry?” Ndlozi asked.