When the motion was rejected by the council programming committee, Mashaba accused the ANC of trying to secretly buy votes. 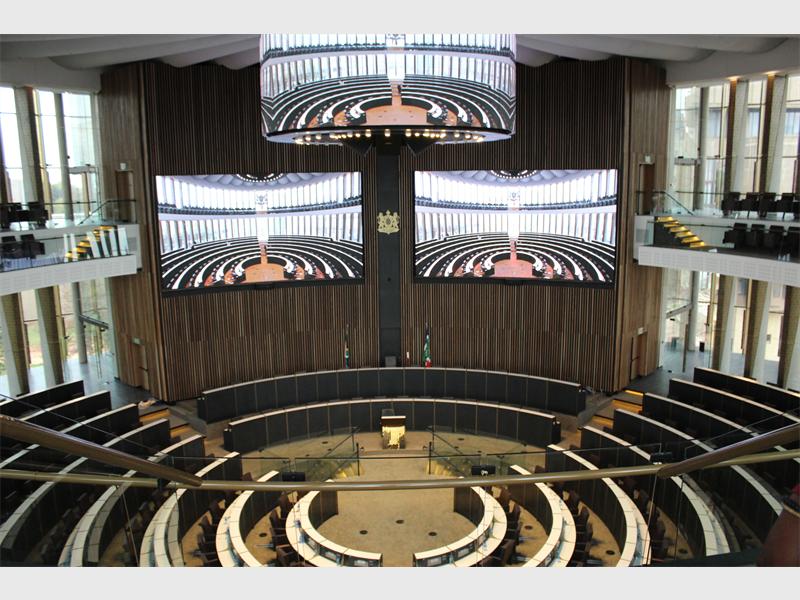 With judgment expected this morning on whether the City of Johannesburg council can schedule a motion of no confidence through a secret ballot against Herman Mashaba, the Joburg executive mayor has accused the uMkhonto weSizwe Military Veterans Association (MKMVA) of trying to protect their members allegedly involved in corrupt deals.

Mashaba announced he had uncovered that two veterans scored just more than R200 million from deals related to the City’s broadband network tender.

The Johannesburg Metro Company was in the news recently when its managing director was suspended for allegedly refusing to cooperate with the City’s Group Forensic and Investigative Services (GFIS) probe.

The association’s spokesperson and Nkosazana Dlamini-Zuma’s campaign manager, Carl Niehaus, challenged Mashaba to provide proof of allegations against MKMVA members. He also denied the veterans were planning a violent demonstration outside the council chambers on Wednesday.

“The mayor’s claims regarding MKMVA’s support for a motion of no confidence in him are entirely unfounded. Unless it’s the mayor’s intention to stoke violence through whatever means,” Niehaus told Eyewitness News.

The City of Joburg will be represented in the Gauteng South High Court this morning by advocates Thembeka Ngcukaitobi and Dali Mpofu. The two legal heavyweights will have to make a case as to why the council cannot schedule the motion through a secret ballot, a precedent already set in parliament.

READ MORE: ANC files motion of no confidence against Mashaba

ANC Johannesburg region spokesperson Jolidee Matongo is confident the law is on their side. He has also accused council speaker and chairperson of the programming committee, Vasco da Gama, of being biased.

On a previous attempt to schedule the debate, the programming committee struck off the motion from the agenda, saying it was against council rules.

“This doesn’t make sense. Council has a right to suspend certain rules to allow the business of council to proceed. In August 2016, we suspended the dress code in order for the EFF to be allowed to participate in council meetings wearing their overalls,” Matongo said.

He said they would be asking the court to allow for a motion of no confidence against both Mashaba and Da Gama, as he had failed to discharge his duties as the speaker of council, including allowing the executive to withdraw reports.

“His job is to ensure that council does its work by tabling reports to the council for oversight. But on numerous occasions, the executive has withdrawn reports without giving reasons. This frustrates our ability to conduct oversight,” he added.

Mashaba’s acting director of mayoral communications, Luyanda Mfeka, has previously told The Citizen that while Mashaba did not “fear these motions”, the ANC’s insistence on a secret ballot “begs the question whether the allegations of vote buying that took place in August 2016 may be at play once again”.