Johannesburg City Parks and Zoo has confirmed it has been affected by the global outbreak of avian influenza. 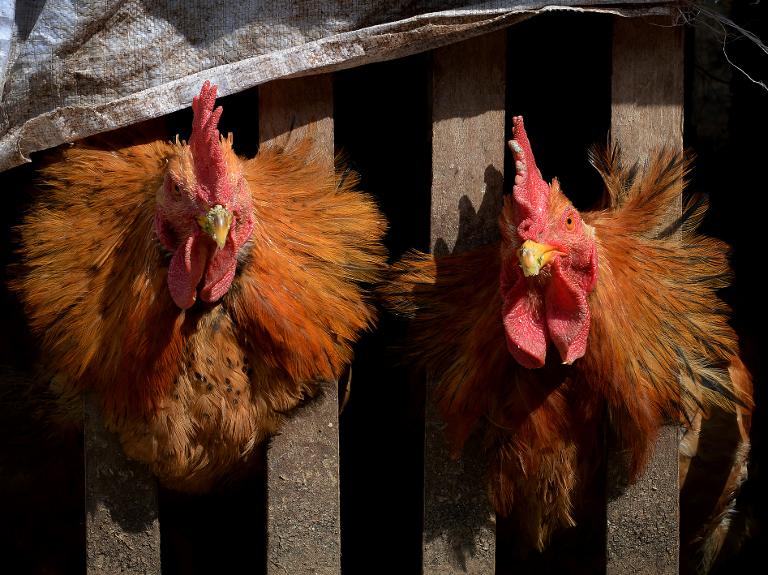 Bird flu has taken a significant toll in China this year, with a total of 250 cases and 96 deaths from the H7N9 strain in the January-March period

The white-winged flufftail species is at most risk of becoming extinct due to the highly pathogenic H5N8 strain of bird flu hitting South Africa’s chicken industry – and now confirmed to have reached Johannesburg parks.

With only 250 white-winged flufftail birds left globally, 50 of these in SA alone, conservation group Birdlife SA says there is a “real risk” if the species becomes infected with the virus.

This after the Johannesburg City Parks and Zoo (JPCZ) confirmed it had been affected by the global outbreak of avian influenza. JPCZ has recovered more than 581 carcasses and has incinerated a further 243 chicks and 110 deserted eggs.

Nearly 4 million egg-laying chickens at farms in Gauteng, Mpumalanga, North West, KwaZulu-Natal, the Eastern Cape, Western Cape and Free State are in the process of being culled, or have already been, costing the industry a whopping R800 million. JPCZ said the seasonal migration of free-roaming birds had spread the virus.

“This is evident in various parts of the country, including in the City of Joburg, around the Westdene Dam, Emmarentia Dam, Zoo Lake and the Joburg Zoo,” it said.

Wetland birds were most at risk because the virus spread easily in aquatic environments, hence Johannesburg water spots were affected, she said.

“Where there are water bodies, there are aquatic species that congregate, such as Egyptian geese, which will be most influenced.”

It was difficult to say if SA’s national bird, the Blue Crane, was at high risk, Smit-Robinson said.

“They are not specifically water birds. They breed in the wetlands, but forage in grassland. So it’s hard to say if the risk is low, but we are not saying it is high either.”

According to the SA Poultry Association, bird flu entered SA via wild ducks migrating from Europe to the Western Cape. The white-winged flufftail is an endemic resident of Africa and is only known to occur in the high-altitude wetlands of SA and Ethiopia.

“The continued survival of the species in both Ethiopia and SA is of mounting concern,” Bird Life SA said.

Ten years ago the SA population was estimated at 235 non-breeding individuals in 10 sites in the east of the country. Smit-Robinson said breeders should exercise care in handling birds.

“We ask if this is spread by wild birds, but we can’t say for sure. There is nothing that says wild birds on long-distance migrations spread the virus.

“It is likely spread by the poultry trade. Contact between birds in zoos and parks and poultry must not occur. Humans must watch how they move.”