‘ANC no longer party of Mandela, it can’t get SA back on track’

Corruption is a cancer in South Africa because it steals from the country’s most important resources. 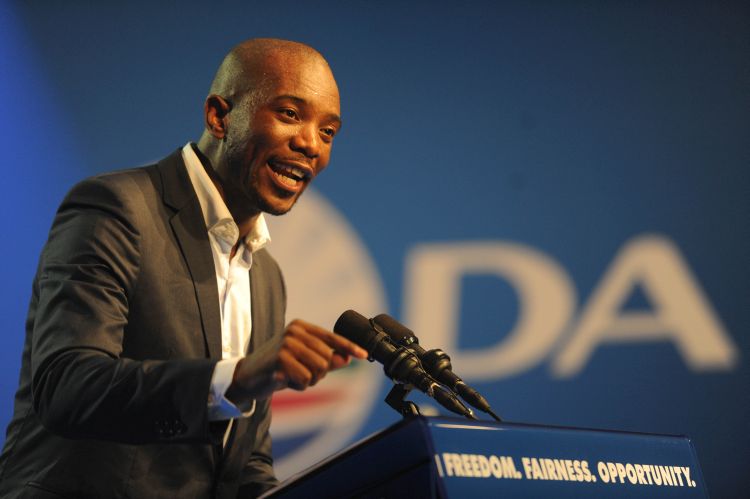 The ANC is no longer the party of Nelson Mandela and Oliver Tambo and instead has become a party of looting and extreme patronage, Democratic Alliance leader Mmusi Maimane, pictured, says.

He was speaking at the party’s provincial elective conference held outside Polokwane in Limpopo on Saturday.

“Corruption is a cancer in South Africa because it steals from the country’s most important resources. It is, therefore, a fallacy to believe Makhosi Khoza that the ANC can correct itself. Not when the Auditor-General’s [Kimi Makwetu] audit report revealed that money to the tune of R91 billion, South African money, was found to be wasteful and irregular expenditure and that only R81 million of that money was recovered. That is corruption at its worst,” he said.

“I, therefore, welcome investigations by the US’s Federal Bureau of Investigation [into the Guptas]. I have even been in consultation with international bodies to deal with private sector companies such as McKinsey and KPMG the same way as we dealt with Bell Pottinger.

“I will further proceed to ensure that here we have a centralised committee that investigates all actors,” added Maimane.

He also slammed President Jacob Zuma’s latest cabinet reshuffle, saying word on the street was that Zuma was planning to oust Deputy President Cyril Ramaphosa from his cabinet.

“It would make no sense because it is no secret that the ANC is dead. It is in the nature of the ANC and its president to reshuffle people, because their interests are no longer those of the people, but for procuring nuclear energy to loot more state resources before their exit.”

On land restitution, Maimane said the DA was working round the clock with relevant government bodies to make sure those who work on the land could get ownership and title deeds instead of leasing it from the government.

“By transferring the land, government would be killing two birds with one stone: increasing productivity in the agricultural sector and helping to fight poverty and escalating unemployment.”