Lucchini was interdicted from publishing any further reports on the website or any other media in relation to the National School of Government. 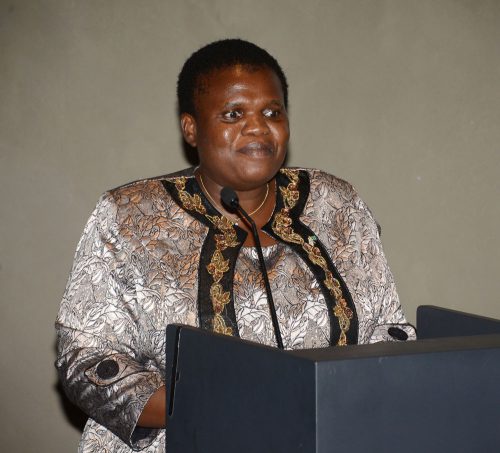 Public Service and Administrator Minister Faith Muthambi and the National School of Government (NSG) have obtained a court interdict against a former employee of the school who embarked on a smear campaign against the school after he was fired last month.

Judge Lettie Malopa-Sethosa last week ordered Vittorio Lucchini to withdraw and remove all articles, information and statements he posted on his website about the school and its management.

He was also interdicted from publishing any further reports on the website or any other media in relation to the school, its officials and the minister.

The court also granted a punitive costs order against Lucchini, who initially removed all of his “reports” from the website after being warned by the minister’s attorney, but then reposted the offensive material.

Lucchini was appointed as deputy director of curriculum design at the school in 2012 but was fired in July this year, whereafter he started using social media to publish information which the school said contained false, insulting, derogation, offensive, profane and injurious information about the minister, the school and its employees.

In some of his more outrageous statements, Lucchini claimed employees of the school were “evil, inhuman and corrupt criminals” and claimed the school operated on the basis of vengeance similar to “the Nazi storm troopers on steroids”.

The school’s chief director of operational services, Jeremiah Mmela, said in an affidavit Lucchini had only signed one performance agreement and refused to participate in performance assessment sessions in his years with the school.

He said Lucchini was insubordinate, refused to follow instructions, did not complete tasks and took 138 leave days over a period of four years. He lodged at least eight grievances and three conciliation processes, but had a tendency to walk out and threaten people during arbitration processes.

He was charged with misconduct, but became very aggressive and emotional during his disciplinary hearing and threatened that there would be war at the school should his enquiry go ahead.

He was found guilty and suspended without pay for three months on condition that he attended counselling sessions to correct his aggressive behaviour. Lucchini was fired after being absent from work for over two months without permission, Mmela said.