Dead toddler was like a ‘tin soldier’ when parents were around, court hears

Nighbour says he once saw the toddler's stepfather spraying cold water on the little girl and brother outside in winter, claiming they were 'fiddling' with each other. 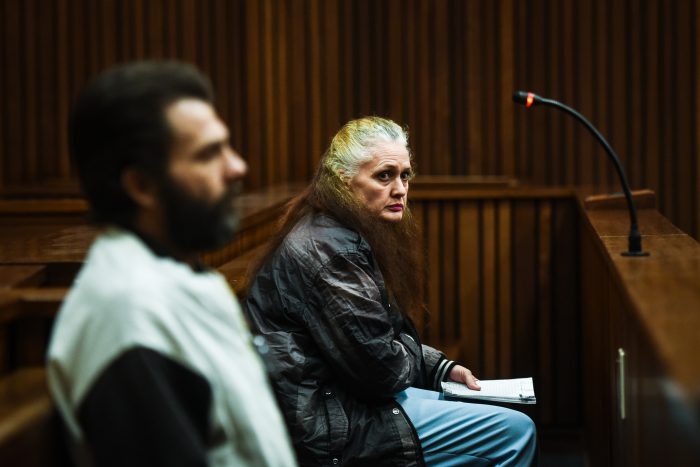 A former neighbour of Kobus and Louisa Koekemoer, the couple accused of murdering their three-year-old daughter, Poppie, has told the court he once heard the little girl “screaming blue murder” in the middle of the night and that she came home with her leg in plaster the next day.

Jaco Roux was testifying in the High Court in Pretoria, where the Koekemoers have pleaded not guilty to murdering Louisa’s daughter, Poppie van der Merwe, two charges of seriously assaulting Poppie and a five-year-old boy and a charge of abusing the two young children and a 14-year-old girl.

The girl, now 16, yesterday testified behind closed doors. Roux, who was the Koekemoers’ neighbour in Orania in the Northern Cape in 2016, testified he had noticed the two young children were withdrawn.

They would smile when their parents were not around, but acted “like tin soldiers” when they were present.

Kobus mostly disciplined the children and Roux heard him shouting at and belittling them for being stupid when they did not do things the way he wanted.

He once saw Koekemoer spraying water on them outside in winter, claiming they were “fiddling” with each other.

Their mother appeared to approve. Roux also testified that one night he heard a dull sound as if something had hit a wall and then heard the children crying.

In the morning he saw Poppie holding her arms against her body. Her face was blue and she had a limp. Her mother said she had fallen down the stairs.

He reported the incident to Orania welfare service and Kobus then withdrew from the children. But Roux often saw Louisa yelling at them to hurry up in the mornings, pulling and slapping them.

One night, he heard Kobus screaming at Poppie for soiling the bed and then heard her screaming as if she was in terrible pain. The next afternoon, she came home with her leg in plaster.

Roux said Poppie often had nightmares and would wake up screaming in the night. – ilsedl@citizen.co.za