The pupil believes that his parents’ efforts to instill good values in him was the reason he stopped to help a stranger. man. 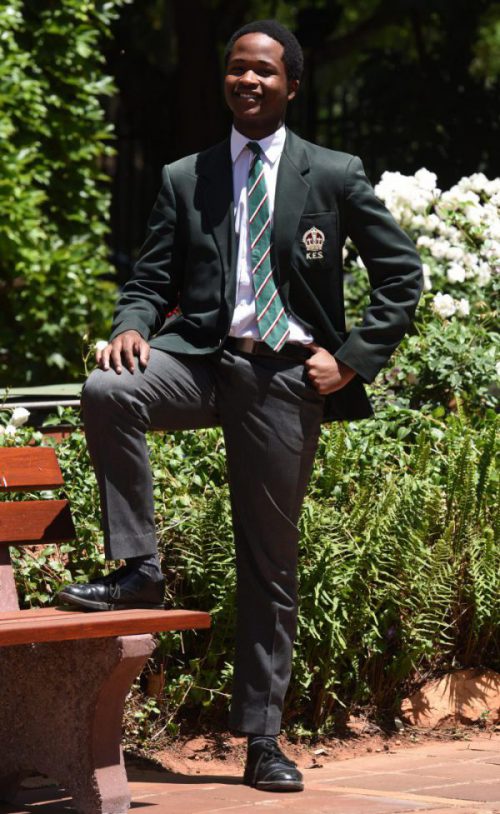 Headmaster of King Edward VII School student, Nathi Nzima pose for a photograph at the school in Johannesburg, 2 November 2017, after speaking to The Citizen about his actions to a stranger.Picture :Nigel Sibanda

It is in giving that we receive. Those words have often been repeated to boys at King Edward VII School in Johannesburg by the head, David Lovatt. But Grade 11 pupil Nathi Nzima put those words into action recently and became a social media sensation.

A woman who lives near the school wrote to Lovatt – and her letter was posted on social media – after she witnessed Nathi’s compassion for his fellow human beings.

The woman recounted that she returned home one day to see the prone form of a man in her driveway.

Fearing it may have been a ruse to hijack her, she drove off, but worried about what might happen to the man. When she came back a short while later, it was to see Nathi in action.

Nathi was walking past the house when he saw the man. He looked sick, so Nathi asked him what was wrong. The man told Nathi that he was extremely exhausted.

“It was pretty obvious to me that he hadn’t had anything to eat and was dehydrated,” said Nathi.

“He couldn’t even speak when I was trying to find out his name and what was wrong with him.”

He recalls that a few cars stopped to look what was happening but no one helped. Even Nathi’s attempts to stop a police car were futile.

Nathi told The Citizen the police could have taken the man to the nearest hospital but, instead, they told him to call an ambulance.

He said people from a house near where the man had collapsed came to help.

“They actually stood there with us while we waited for the ambulance, which never came. This is when the neighbours then decided to drive the guy to his home because he could not get there himself,” Nathi added.

Nathi believes that his parents’ efforts to instill good values in him was the reason he stopped to help the man.

“They instilled this thing in me that I need to be kind to people that are less fortunate,” he said.

Nathi, 17, grew up in the rough streets of Yeoville with his mother, Sonto Nzima, and his father, Ozmond Shabangu. He attended Yeoville Boys’ Primary School and as a result of his good academic record, was enrolled into King Edward VII School.

“Yeoville is a very rough neighbourhood and is filled with violence, drugs and people who are not always happy to see you succeed,” he said.

“So, when I went to King Edward, I lost a lot of friends”.

He hopes the example he has set will encourage people to do good deeds, even when they don’t get anything in return.

“I really didn’t think what I did would be such a big deal. I was shocked when the headmaster read the story out in assembly.”

“If the world had more people like Nathi, it would certainly be a better place,” said Lovatt. – ofentsem@citizen.co.za