Dudu Myeni blames everybody but herself on SAA mess In an “exclusive” interview with outgoing chairperson of South African Airways (SAA) Dudu Myeni by the New Age newspaper this morning, Myeni denies any wrongdoing and instead blames several ANC bigwigs.

Coleman left the national in 2001 after being paid as much as a R200-million tax-free salary during his two-and-a-half-year tenure at the airline.

Myeni herself joined the airline in 2009 during a time when Finance Minister Malusi Gigaba headed the public enterprises ministry. In 2012, she was appointed the chairperson of the board.

Dissatisfaction with Myeni’s leadership style first surfaced in 2014 when the board of directors wrote to then minister of public enterprises Malusi Gigaba. In the same year, the then CEO, Monwabisi Kalawe, accused Myeni of corruption. 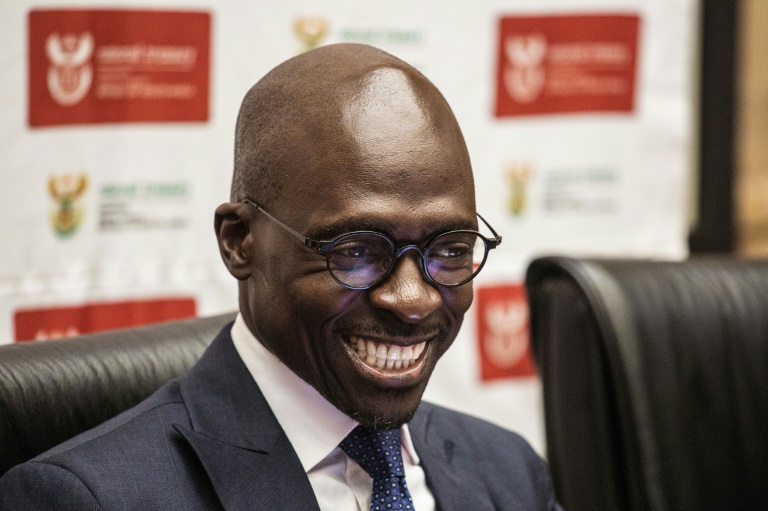 After expressing his “full confidence” in the CEO and saying he would “deal with” Myeni, Gigaba was soon afterwards reshuffled by President Jacob Zuma to the home affairs ministry.

“The company that gets all the business at SAA belongs to the top brass of this country, Pravin Gordhan, Deputy President Cyril Ramaphosa and the ANC secretary-general’s wife, Nolwandle Mantashe. All the business goes to Bidvest.

“All the cleaning tenders, the security tenders, the food on flights. Do some research and see who owns Bidvest,” Myeni is quoted as saying, further alleging she was targeted for fighting for transformation at SAA. She was also reportedly frank about her fraught relationship with former finance minister Gordhan. Cabinet took the decision to move SAA away from public enterprises to National Treasury to mitigate wasteful expenditure during Myeni’s tenure as chairperson.

She is quoted as saying: “Our relationship was nonexistent. It’s true that he tried to sabotage me, making me look like an incompetent board chairperson when the real issue was suppressing information that a group of people continued to loot the airline.

“How can an honourable member up in parliament blame President Zuma and the Guptas when he knows very well that he is misleading parliament?”

She also claimed she was “only giving this interview now” because Gordhan gagged her through a “communication protocol” he issued to the airline.

She is said to have also discussed the forensic investigation at SAA, which she says she “launched”, and “it will shock you [how] there are evergreen contracts at SAA given to a few families, and you can’t touch those contracts”.

Gordhan is quoted as having confirmed he owned shares at Bidvest, but that did not mean he was in business with the company. He asked: “Why do you follow a story on allegations made by someone who has no credibility?” 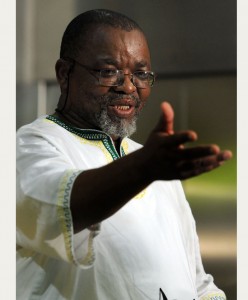 Mantashe is reported to have said Myeni was a thief who shopped around for associates to implicate.

“My wife was a nonexecutive director at Mvelaserve, and Mvelaserve was bought by Bidvest. My wife resigned from the board of Bidvest because they have gambling interests, and because she is the wife of a politically exposed person. It wasn’t going to work.

“The problem with thieves is they want associates. Quote me on this. Dudu Myeni must not behave like a street girl. She must leave SAA quietly. I am not the one who let her go,” Mantashe is said to have responded.

The publication wrote: “The offices of Ramaphosa and Bidvest failed to respond to emailed questions at the time of going to press,” and did not specify if phone calls had been made.

SEE THE FULL VIDEO BELOW: