Lindiwe Sisulu wants Mbeki, Motlanthe and Malema back into the ANC’s fold

She says the three leaders were treated 'badly' and she valued their contributions to the party. 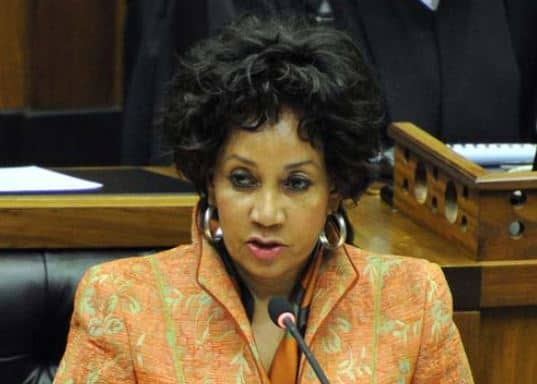 ANC presidential candidate and NEC member Lindiwe Sisulu said if elected to be the party leader in December, she would bring back Julius Malema, Thabo Mbeki and Kgalema Motlanthe into the party’s fold, as the ANC is “losing moral and ideological capacity”.

According to a Huffington Post report, Sisulu said the three leaders had been treated “badly” and she valued their contribution to the party.

“Comrade Thabo is an intellectual of note. Comrade Kgalema is a moralist of note. We want those people. I think we owe it to them to extend a hand and say, it should not have been like that,” she was quoted as saying by the Mail & Guardian.

Since their unfortunate removal from the ANC structures, the three leaders have become critical of the party, with Malema forming a new political party, the Economic Freedom Fighters.

“I want those people back because they belong. The ANC does not belong to only one group of people. It belongs to all South Africans.”