AfriForum: Afrikaners should be allowed to display old flag privately

The Mandela Foundation CEO told the AfriForum CEO that stats showed young black, poor South Africans in townships were the most vulnerable to murder. 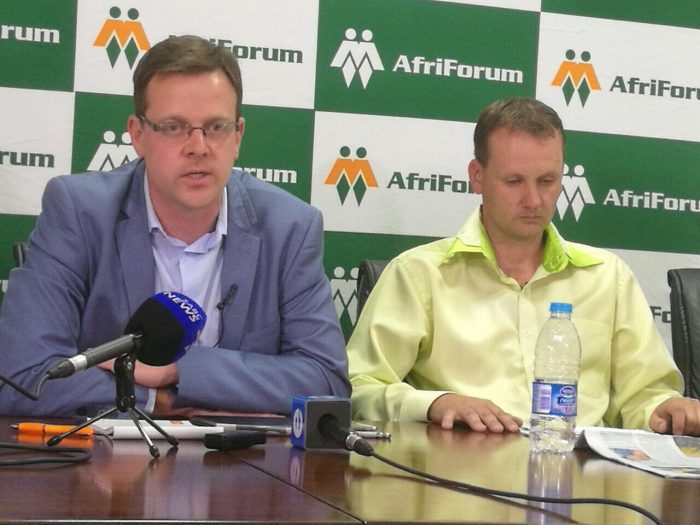 The CEO of AfriForum Kalie Kriel this morning defended Afrikaner people’s right to display the old apartheid flag privately, and said it was okay to do so, as it would not offend anyone.

Hatang pressed Kriel and urged him to differentiate between personal opinion and historical facts.

“We should not have double standards … the EFF displayed the Hezbolla flag during their march. We should not focus on the small group. We should have a broader discussion on inappropriate discussion,” Kriel said before being asked by the show’s moderator, Palesa Chuba, to be specific on the nature of the discussions he was suggesting.

Kriel also said all the pictures of Afrikaners burning the new South African flag during the Black Monday protest and days afterwards on social media were meant to distract from the march organised to highlight farm murders.

“Unfortunately, you see people distributing a flag being burnt even thought this happened in 2012 in Delmas. The other photograph was burnt in 2013 in London. You are getting people who are abusing the flag issue to want to discredit. We saying people should not display the flag to the detriment of or hurt people’s feelings.

“People’s feelings were hurt when the president said all the problems started when Jan van Riebeck arrived in South Africa, Julius Malema also repeated the same statement. We should take all offensive statements and not be offensive.

Asked if perhaps AfriForum lost an opportunity to unite the country as crime is a societal problem, he said “there was no division created, the news distributed were fake news”. He insisted that the march united people.

Hatang concluded until the day all South African acknowledge murder is a problem and that “many young South Africans die everyday”, marches like the Black Monday would always divide the country.